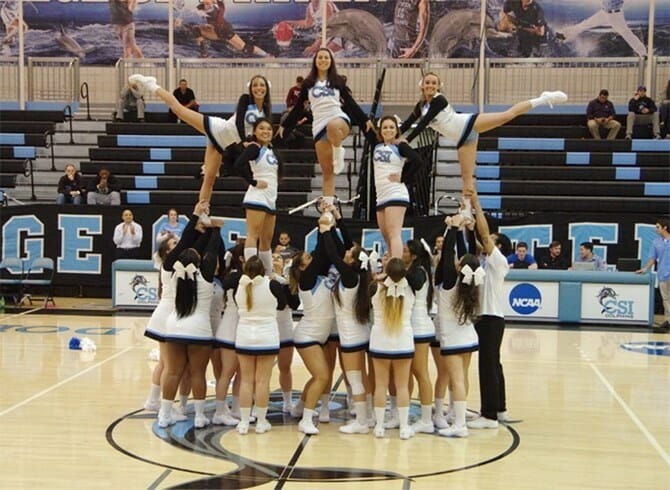 The College of Staten Island cheerleading team performed for the second straight weekend on Saturday, this time travelling to Hofstra for a pair of contests against Long Island University – Post and Pace University.  The games, which feature head-to-head competition in tosses, jumps and tumbling, saw the Dolphins fall in two very close matches.

In the opener, CSI won every round in the first quarter against Post and was able to hold on to the lead through till halftime.  After then falling behind after tumbling in the third quarter, CSI roared back to tie at the end of regulation.  That prompted a three-round overtime to settle the contest.  The teams remained tied after the first two rounds, and alas, Post was able to sneak in the third round in their favor, taking the overall match by a 12-11 score.

In the second game of the evening, CSI matched up with Pace, who defeated the Dolphins last week, 10-6.  This round would be tighter.  Both teams parried back and forth with CSI winning the first quarter, followed by Pace making it all even at the halftime break.  Because of CSI’s lack of tumbling, Pace was able to score wins in the third quarter to take a lead, but again CSI came back and was able to knot it all up, forcing yet another overtime session, tied at 10-10.  A costly error hurt the Dolphins, and ultimately the young team fell to the Setters, 11-10.

CSI ushered in the competitive STUNT season last week, and will wrap up the competitive portion of their season two weeks from today when they once again travel to Hofstra for another set of games. 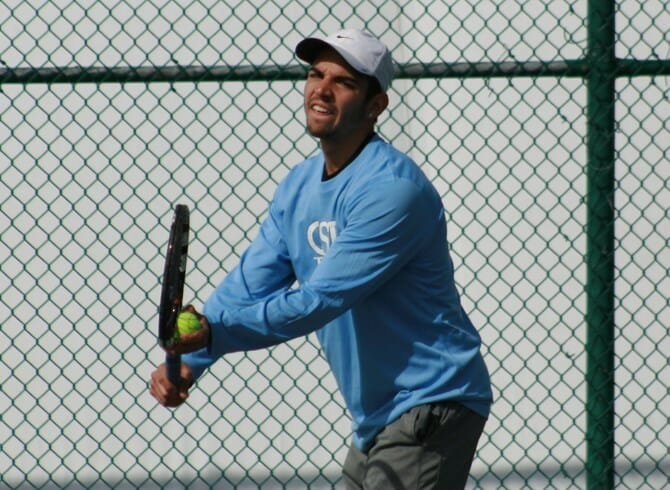 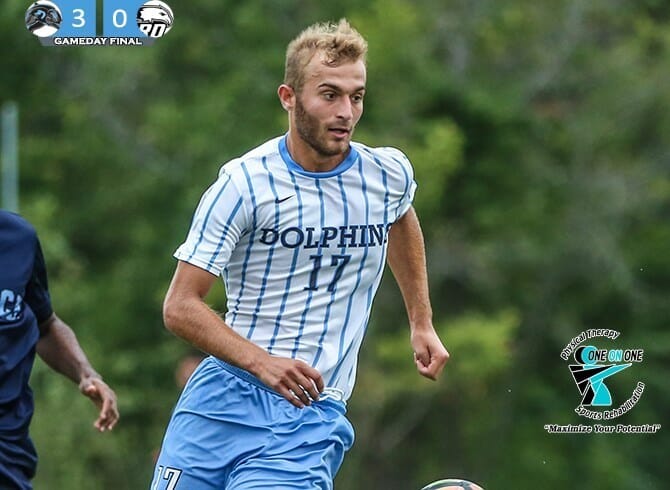 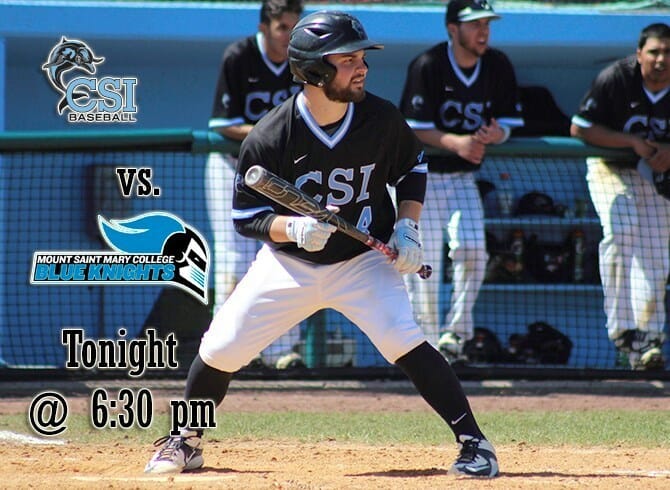