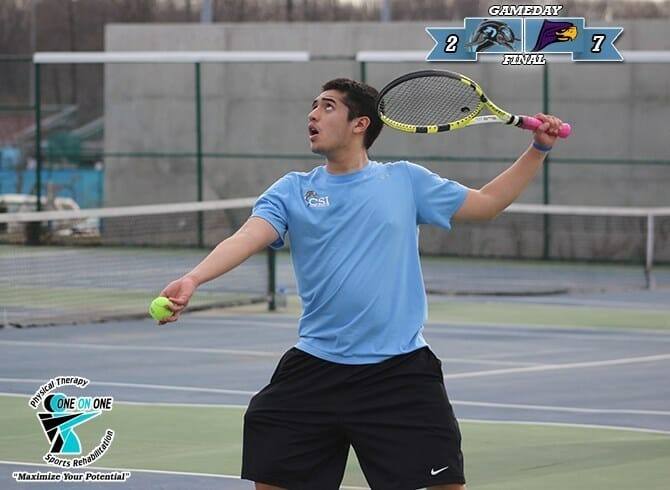 The College of Staten Island men’s tennis squad took part in their second CUNYAC match of the season and fell to Hunter College 2-7. The Dolphins picked up their second loss in a row and fell to 2-3 overall and 1-1 in the CUNYAC at Queens College.

Play opened up with doubles and saw Hunter College take two of the three sets.  Andrew Adia and Mitchel Voloshin picked up an 8-4 win on court three to prevent a sweep in the doubles. Adia continues to play well in doubles and keeps his team alive when he’s called upon.

When play switched to singles Hunter College swept the first four courts in convincing fashion.  Chris Livoti took on Gonzalo Garcia and fell 2-6, and 3-6 in a battle on court one. Matthew Vesci came up big for the Dolphins on court four but it was too late as Hunter had already solidified their win and went on to take court five and six.

The Dolphins will return to action on Saturday, April 2 where they will travel to the Bronx, NY to take on CUNYAC opponents Lehman College at 1:00 pm.