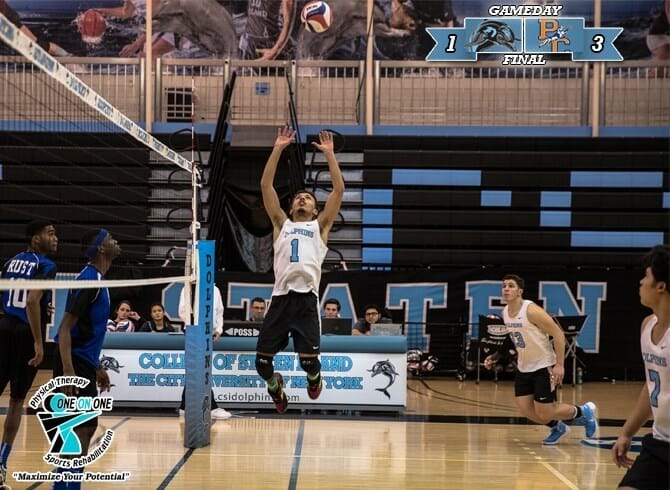 The College of Staten Island men’s volleyball squad fought to even things up early in their road contest against Purchase College, but ultimately fell short, 3-1, as part of non-league play on Wednesday.  Purchase took game one, 25-22, before CSI responded with a 28-26 nail biter in the second set.  Purchase then took games 3-4, by scored of 25-17 and 25-20 to seal the win.  The Dolphins fell to 4-13 overall, while the Panthers lifted to 10-11.

Riley Damerell was a force all night for PC, tallying 15 kills while adding 23 digs.  Matthew McCarthy was also a force with 14 kills and 21 digs.

CSI posted a respectable 12 kills in their lone win in game two, but they would be held to only 12 more the rest of the way against 15 errors and Purchase was able to keep the Dolphins off-balance.

The Dolphins will be right back in action on Thursday, when they travel to Brooklyn for a 6pm start to resume conference play.