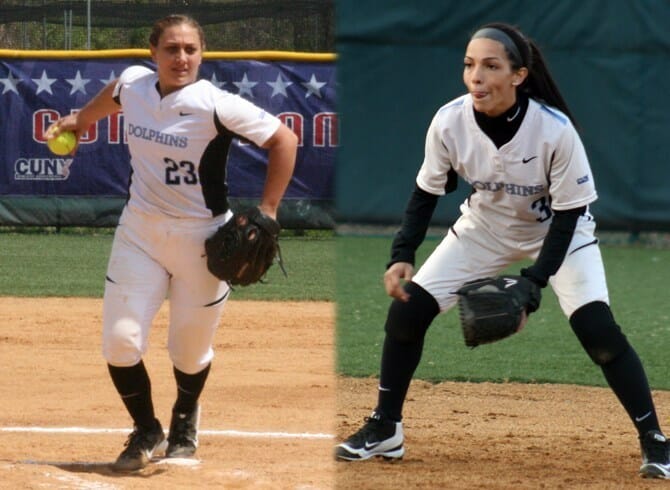 After an over three week layoff due to Mother Nature, the College of Staten Island softball team got back into the swing of things, and then some, overpowering Brooklyn College in a road CUNYAC doubleheader, 21-0, and 22-0.  The Dolphins scattered 55 hits in the two contests and scored seven unearned runs off of eight BC errors.  The Dolphins improved to 9-5 with the wins, their first since March 26, while the Bulldogs fell to 2-10.

It was a record-breaking day that started out with just a 1-0 lead after one inning of play, as Chyanne Gilliam stroked in an RBI-single to score Antoinette Galbo, who in game one tied a record that stands third in CSI single game history with five hits.  She would add six RBI in the game one contest, tying her with four other Dolphins for the most in a single game in CSI history, last accomplished in 2013.  Her five runs scored also tied a CSI single game record with five others, last achieved in 2011.

Two of those RBI came on a double in the second inning to pace CSI to a 6-0 lead after two frames, and CSI made it 10-0 one inning later, thanks to back-to-back RBI doubles by Galbo and Christina Tufano.  Galbo would add another hit, as would Kristy Colangelo who tagged three doubles in game one alone, tying another CSI single game record.  In fact, CSI’s 11 doubles in the first game destroyed the former CSI record of eight, set in 2011 and tied last year against Lehman College.  The 26 hits by the Dolphins ranked fourth all-time, while CSI’s 21 runs, 16 of them earned, ranked 9th all-time in their history.

The hit parade overshadowed the dominating performance by CSI starter Jacqueline Cautela, who registered a perfect game, retiring all 15 Brooklyn batters in order with 13 coming by way of the strikeout, upping the junior’s record to 5-2 and dropping her ERA to 1.37 this season.

But CSI would save more highlights for game two.  Before BC got to swing the bat, CSI roped in 9 runs in the game’s first inning, highlighted by a Nicolette Trapani grand slam homerun, her second homer of the season.  Tufano and Gilliam registered two RBI hits in the same inning as well.  A pair of bases-loaded walks made it 11-0 after two, and after a six-run third, CSI’s Cautela stroked in a bases-clearing double to make it 21-0 in the fourth before CSI finalized with a run in the fifth.

Like Cautela, Trapani no-hit BC in game two, yielding only a walk to disrupt what was otherwise a perfect slate, moving her overall record to 4-1 and dropping her ERA down to 0.90.

CSI’s 22 runs came on 29 hits, the third highest total, and the most since CSI blasted 35 against NYC Tech back in 2004.  The 55 hits in the doubleheader were the second highest all-time by CSI in a doubleheader, two hits off of a record the team set against Brooklyn back in 2004 as well.

With the wins, CSI has now won six straight games.  They will look to continue to stay hot when they welcome in Stevens Tech on Tuesday at 4:30pm at the CSI Softball Complex. 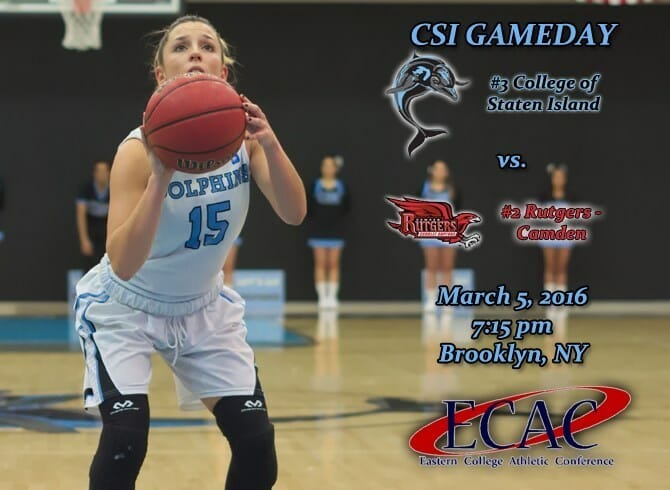 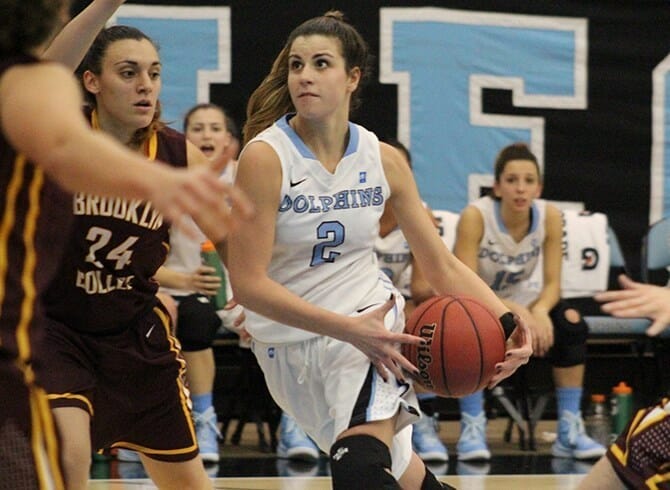