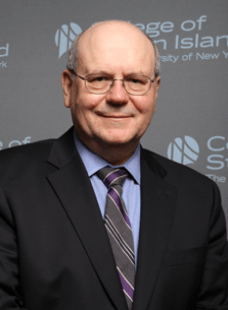 After reviewing hundreds of nominations, City & State has published its list of Staten Island’s 50 most influential people.  College of Staten Island’s (CSI) President Dr. William J. Fritz was # 17. The announcement states, “The College of Staten Island has about 14,000 students and the largest physical campus in the CUNY system… Under the leadership of Dr. William Fritz, it has helped boost the borough’s economy by churning out talented graduates and shining a spotlight on the university’s successes. Fritz is also an active member of the community, forging partnerships with businesses and nonprofits throughout Staten Island.”