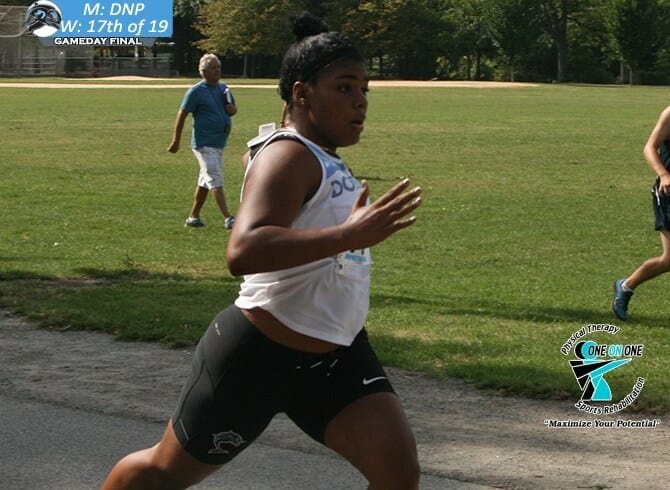 MEET RESULTS – The College of Staten Island women’s cross-country squad was back on the terrain today, participating in the Bard Raptors Invitational at the school’s campus in Annandale-on-Hudson, NY.  The women came in 17th among 19 scoring teams.  Several male racers also competed, but the men failed to score as a team for the third straight weekend.

There were a total of 164 runners this weekend at the women’s meet, and CSI’s top finisher was Veronica Lorenzo in the 5K race, as she came in at a time of 23:09, CSI’s fastest 5K race time this season, and good for 82nd place overall and 70th in scoring.  She was followed by senior Rebecca Vidal, who came in at 24:08, a season-best for her as well, good for 96th overall.  Victoria DeBernardo came in the Top 100 in scorers with a race time of 24:39.

Albany College won the race with a score of 61, followed by Hunter College’s score of 89.

The men’s team was not able to score due to an incomplete team.  Leading the way for the men was Liam McMunn, who topped out in 16th place with a race time of 28:08.

CSI will next travel to Van Cortlandt Park for the York College Invitational on Sunday, September 25.