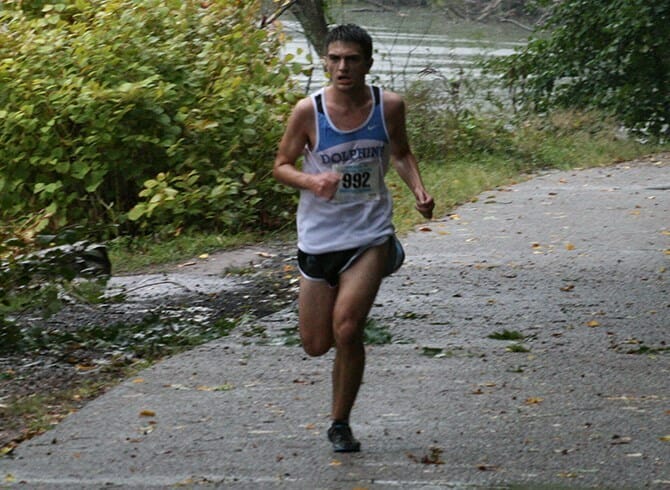 On a gorgeous morning at Van Cortlandt Park the College of Staten Island women’s and men’s cross-country teams aimed their targets at a CUNYAC Championship.  Unfortunately, neither team found the title this morning, but performed well respectively to the tune of a sixth-place finish for the women and a third place finish for the men.

On the women’s side of the ledger, Hunter College took the championship crown with 35 points, followed by John Jay College at 57 points.  Baruch College took third place.  CSI finished with 157 points, ahead of Lehman College, Medgar Evers College, and Brooklyn College.

In the 6k race, as expected it was freshman Tristiana Adragna leading the way for CSI, coming in 14th overall in the 80-person field with a time of 29:23.4.  It marked CSI’s third best 6k time this season, and the second-fastest Van Cortlandt time.

Next in for CSI was Veronica Lorenzo, who clocked in a 30:17.1, her second-fastest time this year, good enough for 22nd place overall.  Senior Rebecca Vidal was third in for CSI at 32:51.3, rounding out in the top half in 38th place.

John Jay College’s Kaitlin Hicks won the meet overall with a time of 24:58.2.  The next three finishers all belonged to the champion Hawks, with Robin Marshall, Vera Pertsovskaya, and Biance Rey doing the honors.

The men started an hour later for their 8k turn, defending their three-time defending champion status.  The Dolphins had their poise, but they would ultimately fall behind early and struggled with their pace this afternoon.

Hunter College’s Walter Rodriguez won the race outright with a 28:56.9 race, and that helped the Hawks to a second-place finish overall.  First place was assumed by the City College of New York, as they had three top 10 finishers, led by Benjamin Freeman’s 28:58.4, good for second overall.

One of the race favorites was CSI’s Luke Jackson, but the junior transfer would finish seventh overall for the third-place Dolphins with a time of 30:02.0.  It was CSI’s fifth-fastest 8k of the season and their third at Van Cortlandt Park.  Right on his heels was teammate Liam McMunn, who galloped in at 30:41.9, good enough for a 9th place finish overall.

Senior Kenneth Morella saved one of his best races for the Championship, coming in at 32:01.5, good for an 18th place finish.  He was followed by fellow senior Khaled Halwani, who was able to secure a 22nd place finish among the 66 total runners, with a time of 33:17.3.

CSI placed third with a total score of 89 points.  CCNY won the meet with 43, while Hunter scored 73.

Overall, Head Coach Robert Russo was proud of his units, but noted that the unseasonably warm temperatures may have affected his harriers today.
“We didn’t have our finest race day today and it’s a bit disappointing,” he said.  “True to form though we battled hard and many of our runners showed some improvement throughout the course of the season and finished strong overall.”

For now, the cross-country season is over.  The Dolphins graduate three combined seniors on its units so they will hope to bring back a strong nucleus in 2017 that they hope will be competitive and chase a CUNYAC title.