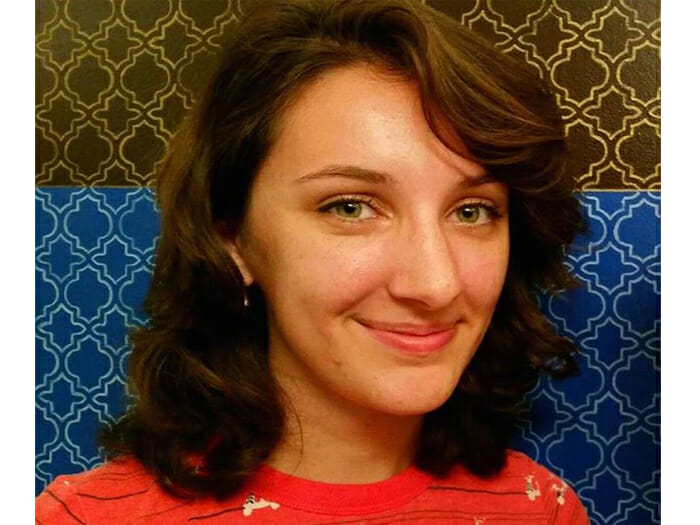 World travel has taught College of Staten Island (CSI) student Ana Hayes ’17 many things. The most important lesson she shares, though, is to always “keep an open mind.”

After the 20-year-old Macaulay Honors College student traveled to Berlin, Germany this past summer, that lesson became a true reality.

“I met with quite a bit of culture shock upon my arrival in Berlin. The Germans are a wonderful people and, to some extent, the values and norms Americans share with them outweigh the differences between the two groups,” said Hayes about her two-month internship at the American Citizen Services department in the U.S. Embassy.

The Queens, NY-born CSI student is no stranger to travel, venturing to Europe as early as nine years old. These early experiences, coupled with her geographical coursework at CSI, according to Hayes, “proved very valuable as I developed some sense of European politics at large that I leaned on throughout my trip.”

“During the course of my internship, I came into contact with Embassy employees who better fleshed out my understanding of the types of people drawn to government service. I was struck by how diverse a group they are; indeed, I feel that in some ways I learned just as much about the United States as I did about Germany. For the first time, I found myself interacting daily with people from well outside the New York orbit. Their perspectives were often worlds apart from my own, yet we all shared a passion for cultural plurality. It made the office a pretty exciting atmosphere,” said Hayes, who will graduate with a Bachelor’s degree in Italian language, Culture and Politics, and Political Geography of the United States. She currently holds a 3.9 GPA.

“My mother and I have traveled together since I was young. Travel has always been a major part of my life, and I want to continue that,” said Hayes, noting that her mother, as a Professor of History at Montclair State University, would receive research stipends and take Ana with her on trips.

After graduating from the International Baccalaureate Program at Curtis High School in 2013, Hayes began at CSI with many of her courses focused on Russia. Her dual Italian American citizenship also encouraged an active interest in Italian culture and language. Sicily is of especial interest to her, due to her Sicilian heritage.

Her advisor and mentor, Dr. Kabachnik, has also been a positive influence in her academic career. “He encouraged me to do research on Chechnya and that got me interested in doing some very serious research,” commented Hayes, not forgetting the support she has received at Macaulay Honors. “All the people at Macaulay are wonderful and so helpful. They encouraged me to apply for many opportunities.”

Director of the Macaulay and Verrazano School programs Dr. Charles Liu commented, “Ana is a tremendously talented scholar and communicator whose view of our world is truly global. She represents the College of Staten Island and the Macaulay Honors College with eloquence and distinction wherever she goes—in our local community and across the globe too.”

When asked how she balances school, travel, and other responsibilities, the Dean’s List student noted how her family dynamics help her to stay focused. “I’m the second eldest of seven children. Learning how to best use my time, flexibility, etc. were all ingrained in me from an early age as a result,” commented Hayes.