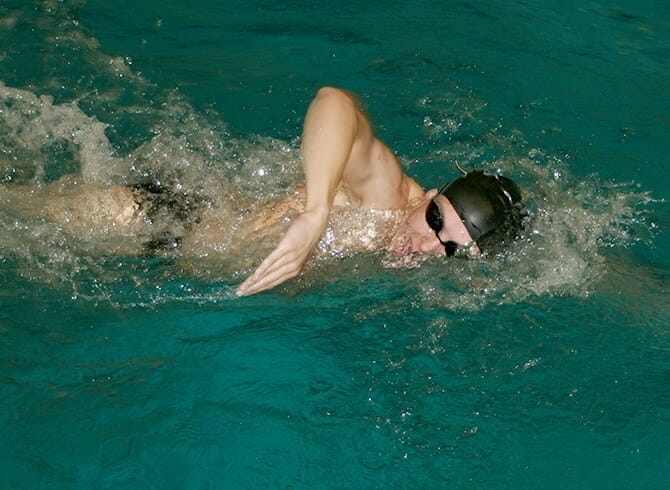 The College of Staten Island men’s and women’s swimming and diving teams were on display today at Florida International University in their Sprint Invitational in Miami, Florida.  The competition featured swimmers from all three NCAA Divisions, and in the end, the CSI topped out in fifth place among the seven competing schools while the women came in sixth among eight teams.

Despite the final standings there was plenty to be proud off at the race.  CSI senior and highly decorated swimmer Timothy Sweeney was a big point-getter, and won the 50-yard Butterfly with a time of 23.73, beating out American University’s Matthew Callander by just nine-one-hundredths of a second.   Sweeney did not stop there, he added a gold medal performance in the 50-yard Backstroke with a time of 24.90, beating out Kaiser University’s Nick Oh by 0.15.

When it came to diving, the Dolphins continued to earn points.  On the one-meter boards, Adil El Haddad came in third among six divers with a score of 143.0 and on the three-meter platform, Jude Nicholson took the bronze with 149.8 points.  Nouran Abualam took eighth place on both boards to represent CSI.