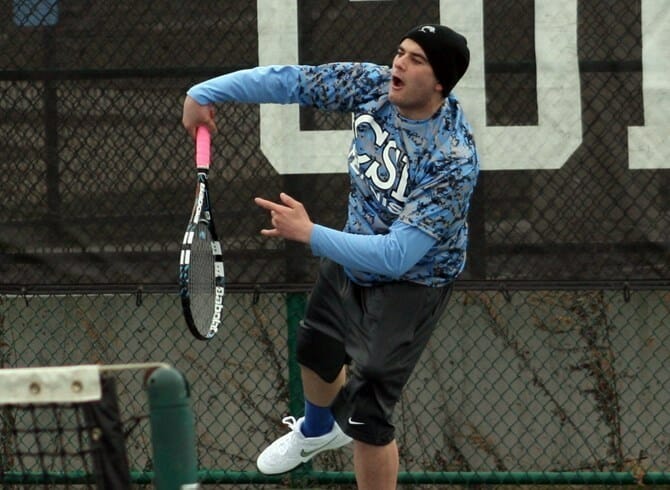 The College of Staten Island men’s tennis team will have to wait a little longer to try and get their first win of the season, as they were blanked this evening by neighboring NCAA Division I Wagner College by a 9-0 count indoors at the CSI Tennis Center.  The win moved Wagner up to 7-5 overall in match play this season, while CSI fell to 0-2.

Play opened with doubles and Wagner’s Nos. 1 & 3 teams were able to score 8-0 wins to put the Seahawks in control early.  CSI’s only registering team was the No. 2 duo of Chris Pinto and Raymond Hwang, as they fell 8-2 to WC’s Ilya Kneppelhout and Charlton Boyd.

In Singles play, it was a dominating showcase by the Seahawks as they were able to win all flights in straight sets.  The most contested flight came at No. 2, where Wagner’s Dylan Walters out-dueled CSI’s Andrew Adia, 6-3, 6-2.

CSI will now get a sizable break in the schedule as their next match will not be until March 23, when they travel to face St. Joseph’s College of Patchogue at 5pm.