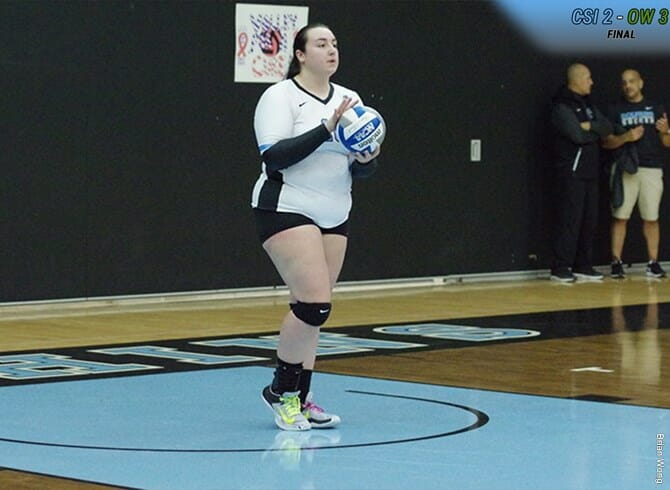 The College of Staten Island won the first and fourth sets, but could not claim victory tonight, falling on the road to SUNY – Old Westbury by a 3-2 count in Old Westbury, NY, as part of non-conference play.  CSI fell to 7-16 overall, while the Panthers leveled to 12-12.

It was a nice start for the Dolphins, as they took the first set, 25-14.  First, CSI got started with a 6-2 spurt, then advanced to 12-4 after Margaret O’Malley-Rebovich and Vanessa Reyes added kills.  Following an OW timeout, the Panthers turned in an 8-4 run to narrow CSI’s lead to 16-12, but the Dolphins finished on a 9-2 run to end the frame, helped along by two more O’Malley-Rebovich kills and a Teresa Maresca service ace.

CSI had some momentum, but a feisty OW side was able to turn things around with a crucial 25-23 win in the second set.  Kills by Kristin Grieshaber and Shanayia Lloyd helped the Panthers to a 9-5 edge early, but CSI rallied to cut it to 11-10 later on a couple of Panther errors.  CSI seemed poised to take the set later, when they rolled off a 6-0 run to take a 22-20 lead late thanks to kills by Reyes and Maresca.  But the final wave of offense came from the Panthers and with the score tied at 23-23, Grieshaber scored two straight service aces to stake OW to the win.

The tight play would bleed into the third set, where again the Panthers scored the points when they mattered most, at the very end, resulting in a 27-25 win.  Daesha Garrison got OW started early with three kills to help the home team to a 7-1 edge to start.  As they did all night, however, CSI responded, ripping off a 7-2 runner to take an 11-10 lead.  There would be five lead changes after that.  In an almost carbon-copy of the second set, CSI rolled out a 6-0 run late to take a 24-23 lead, thanks to three Caitlin Esposito kills.  But Garrison responded with an ace to tie.  Then, after a trade of points, a kill by Marie McKenzie was followed by a CSI error to award OW the win.

Facing elimination, CSI was up to the task in the fourth set, setting up a deciding set thanks to a 25-16 win.  The Dolphins led from early on, using an 8-0 run to build a 13-5 lead, spearheaded by an ace from Esposito and another O’Malley-Rebovich kill.  After coming to within four, 16-12, CSI finished on a 9-4 run to take the set using three kills from Esposito in the process.

CSI again, however, could not seize the momentum, and in the fifth and deciding set OW was able to prevail.  What helped was a 5-0 start, with two aces from Kyraleigh Zinnel.  Down 7-1, CSI made it interesting with a 5-2 run in response to make it 9-6.  Later, two straight attack errors hindered a CSI run and OW was able to take the frame, 15-9.

Both teams tallied exactly 47 kills in the match.  Esposito led CSi with 13, while O’Malley-Rebovich and Maresca each had 9.  Esposito led defensively with 17 digs, while setter Jessica Cafiero tallied 30 helpers.  Grieshaber led OW with 12 kills while McKenzie and Zinnel finished with 9 each.  Zinnel finished with five aces and 24 assists, while Jazmine Ortiz tallied 21 digs.

Before they get started with the postseason, CSI will have one more regular season contest, taking place on Friday evening at 7pm against Rutgers-Newark.  It will be Senior Night at the College as well, as they will honor lone seniors Jessica Cafiero and Vanessa Reyes. 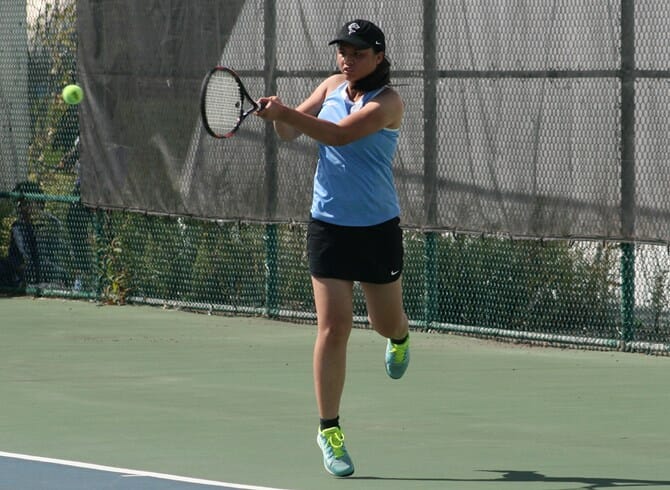 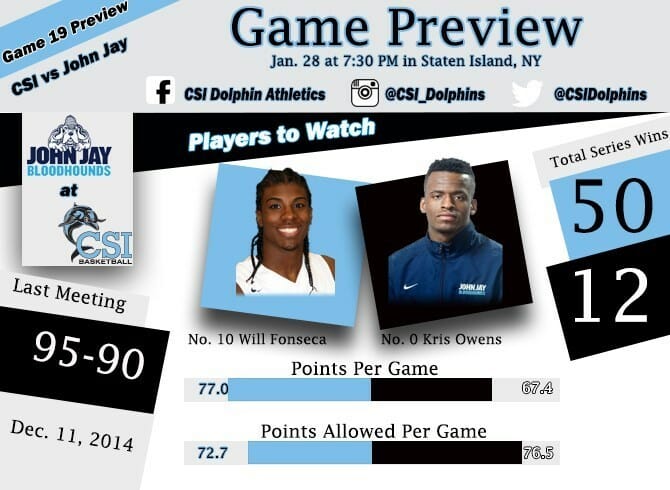 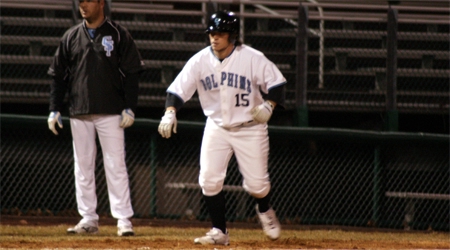