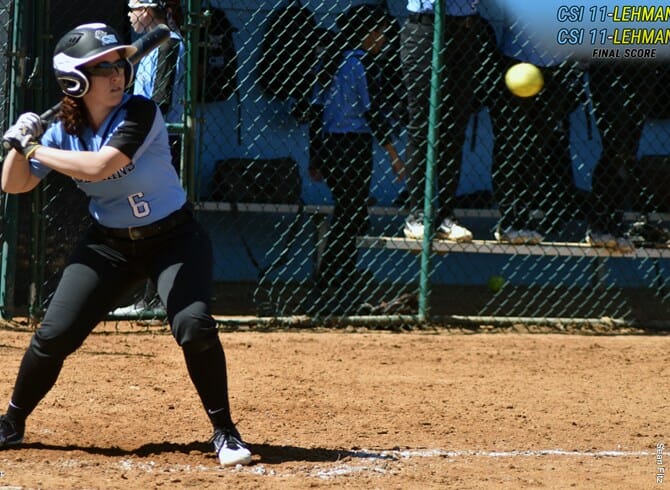 Staten Island, NY | The College of Staten Island softball program kept their red-hot bats going this afternoon against CUNYAC opponents, Lehman College. The Dolphins cruised to an 11-1 victory in game one and backed that up with an 11-3 win in game two. The sweep bumps the Dolphins up to 5-7 overall and 2-0 in the CUNYAC while Lehman College drops to 4-15, 0-2 CUNYAC. The pair of wins also kept the Dolphins’ undefeated streak against the Lightning alive, extending it to 33 in a row at the CSI Softball Complex.

Nicolette Trapani once again started in the circle for the Dolphins and allowed just one run against the Lightning en route to her second win of the season and knocked her ERA down to 2.86 for the year. In the win, Trapani allowed just three hits and struck out 9 batters.

After being held scoreless in the first inning of their last doubleheader, Staten Island jumped on the board, scoring three runs with two outs thanks to a pair of errors. The errors began when Patricia Riches reached on a throwing error by the shortstop. Jamie Holmes hit a line drive single to center field which allowed Riches to reach third and score after another fielding error by the center fielder. With both Jioia and Holmes on the bases, Gabriele DeLeon, the hero from game one against St. Joseph’s Long Island, came to the plate and hit a 2 RBI single through the right side.

CSI nearly doubled their scoring total from the first inning, scoring five runs in the second inning to give them an 8-0 lead over their CUNYAC opponents. Arianna DiBenedetto came to the dish with the bases loaded an no outs and hit a single to center field to collect her first collegiate RBI.  Errors would strike the Lightning yet again during Riches’ at-bat. Riches would reach via a fielder’s choice, however, when Lehman tried to throw the speedy Antoinette Galbo out at third, Yaidee Nieves would muff the throw and allow Galbo to score. The Dolphins continued to pile it on as they scattered five of their eight hits in the game in the second inning.

The scoring spree wasn’t over for the Dolphins, as they added three more runs in the bottom of the third to extend their lead to 11-0. Confusion on the field ensued when DiBenedetto laid down a bunt and reached first safely, however, Julianna Cretella was lurking on third base and made a heads-up play to score a run, allowing DiBenedetto to move over to second on the throw home.

DiBenedetto finished the game 2-for-3 with a pair of RBI and two runs scored. Gabriele DeLeon set a career-high for herself, tallying 5 RBI while going 2-for-3. The 5 RBI puts her in 10th all-time for RBI in a game, tied with several other Dolphins.

Alison Meagher started her sixth game of the season and leveled out at .500 with the win this afternoon, increasing her record to 3-3. Meagher allowed three runs on seven hits while striking out three batters in the win.

The Dolphins once again got on the board early, scoring two runs to take an early 2-0 lead. Riches got the Dolphins started with a double to center field and advanced to third base on a wild pitch. Vanessa Jioia would collect one of her two RBI with a double to left field scoring the Dolphins’ first run of the game. CSI would double up when Holmes ripped a shot to right field to secure one of her team-high 3 RBI.

CSI doubled scoring total from the first inning with four runs in the bottom of the second. With two outs, both Cretella and Kristen Meagher reached via a base on balls.  Galbo loaded the bases with a single to right field which allowed Jioia to come to the dish with plenty of players in scoring position. The error bug would strike again for the Lightning as Andrelina Gil dropped the fly ball in center field. Holmes continued to bring out her big bat and grabbed two more RBI with a hard hit single to right field.

The Lightning found their bats in the top of the third inning, scoring three runs on five hits.  Lehman got their bats going and played small ball, hitting singles through the gaps.  With the bases loaded Adames hit a 2 RBI single up the middle to ensure her team would not be shutout.

With the lead in hand, the Dolphins would score three more runs over the next two innings to secure their fourth straight win.

Holmes and Jioia combined for 5 of 8 RBI for the Dolphins with Holmes going 2-for-4 and Jioia going 3-for-4, scoring three runs as well.

The Dolphins will return to action on Monday, April 2 where they will face non-conference opponents Farmingdale State College at 4:00 pm. 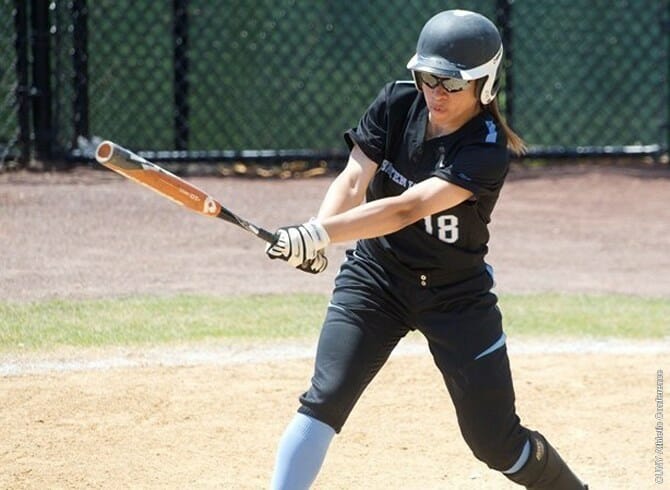 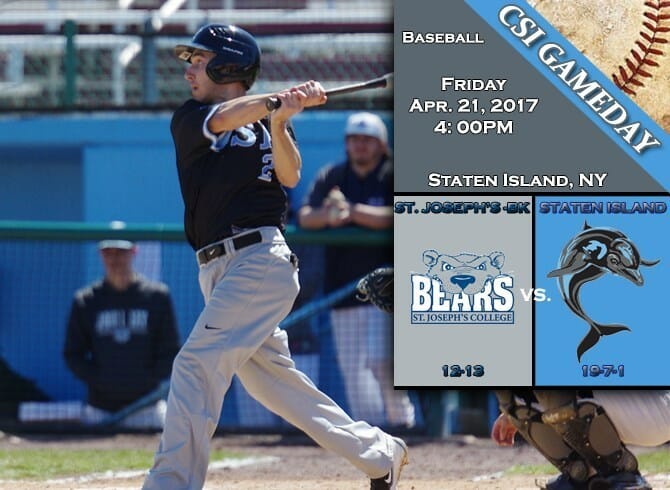 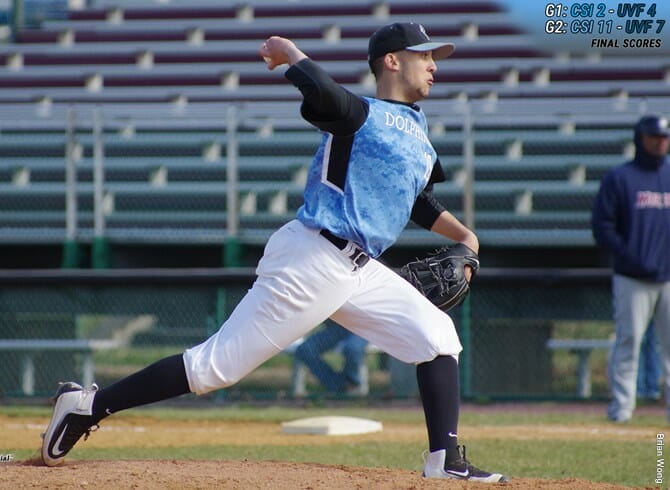