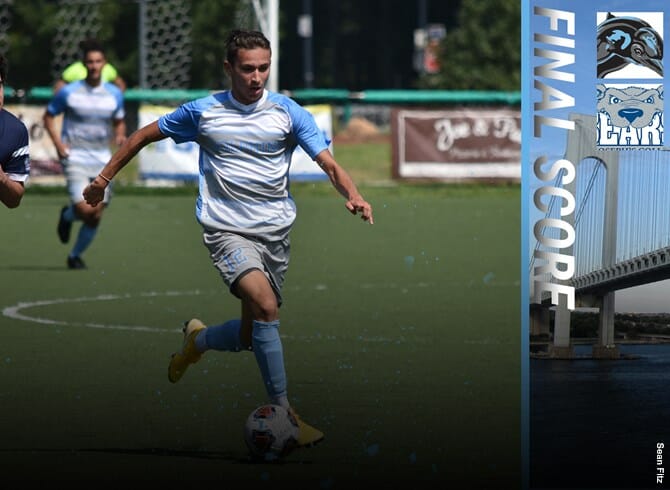 Staten Island, NY | A first-half offensive explosion by the Dolphins which saw a brace from Bryant Navarro and Macki Dougoune lifted Staten Island to their second win of the season, improving their mark to 2-0 while dropping St. Joseph’s College – Brooklyn to 0-2.  The Dolphins scattered 21 shots and converted six of them into goals to topple the Bears, 6-2.

Navarro cracked the game open just nine minutes.  Navarro positioned himself inside the box and was able to break free of his defender to tap-in a cross from Joe Bolella who was able to penetrate the box before crossing it in.

The Bears would strike back quickly, knotting the game up at one just three minutes later. Kenneth Garcia capitalized on a defensive breakdown by the Dolphins and was able to push the ball past Christian Carucci and blast one home in an open net.

Goals came in bunches under the blazing sun at the CSI Soccer Complex where temperatures crept up near 100 degrees out on the turf. After tying the game at one, the Dolphins answered back once more.  Once again it was Navarro being in the right place at the right time as Philip Lefkowitz came screaming down the left flank and uncorked a rocket of a shot that forced Alejandro Oliveros to parry it into danger and onto the foot of Navarro. Navarro confidently knocked it into the open goal for his second of the game and third of the season.

At times the Dolphins were too anxious going forward and were whistled for 21 offsides against the Bears in this afternoon’s contest.

Dougoune shortly after scoring his first collegiate goal, doubled his mark when Chris Vendra threaded a through ball between the center backs and onto the foot of a streaking Dougoune. Dougoune received the ball and touched it around Oliveros to shoot it into the open net and secure his first collegiate brace.

After peppering the goal in the first half, the Dolphins only tallied four shots in the second half, compared to their 17 in the first. Daniel Goncalves doubled the Bears’ tally when he was able to put one home from inside the box, past an outstretch Oscar Torres.

Subbing into the game five minutes earlier, Lefkowitz got his goal when he dribbled down the left flank, passing three Bears defenders before speeding past Oliveros and hitting a low driven shot into the back of the open net.

The Dolphins’ pace was too much to handle throughout the game as the Bears struggled to keep up. CSI outshot St. Joseph’s College – Brooklyn 21-6 while also edging them out in corner kicks, 5-1.

Staten Island returns to action on Saturday, September 8 where they will travel down to Camden, NJ for the Cialella Classic against hosting school, Rutgers-Camden. 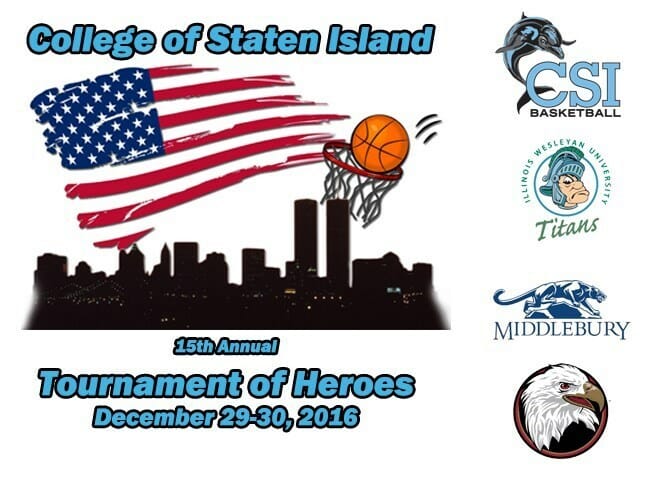 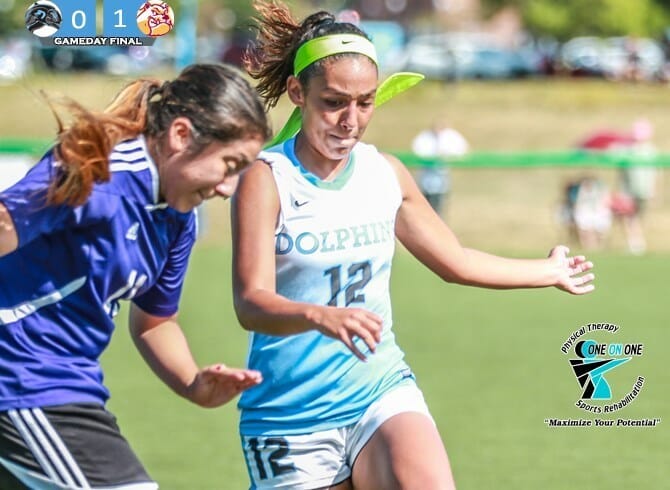 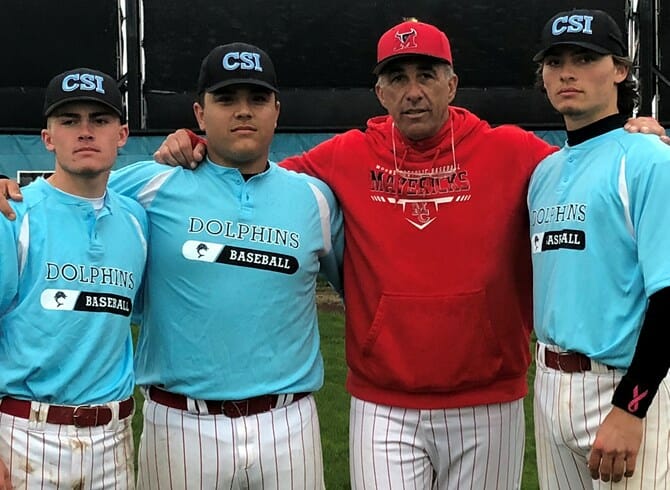