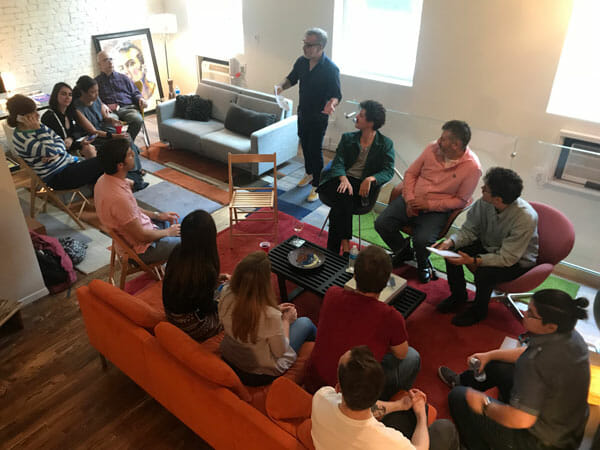 In Jours de France (Four Days in France), a young man leaves his lover and uses his Grindr app to arrange a variety of encounters across the French countryside. The French movie, released in 2016, is a modern take on the timeless subject of love and relationships, not just because Pierre, the protagonist, uses an app but also because he’s gay.

Jours de France is just one of many films offering perspectives on gay culture and the opening film in the College of Staten Island’s presentation of the 2018 Tournées Film Festival, which is supported by the Cultural Services of the French Embassy in the United States. The Festival will present six films over the course of about eight weeks on campus based on the theme of LGBTQ culture.

A complete list of the films being shown appears is at the bottom of this article. Each will be shown in Building 1P, Room 223. 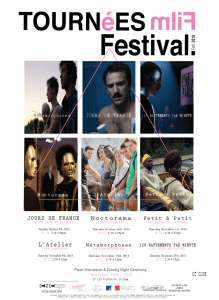 The Tournees Film Festival is made possible by generous support from the Cultural Services of the French Embassy in the United States.

“France and the U.S. are uniquely different, particularly regarding LGBTQ culture,” said David Gerstner, Professor of Cinema Studies in the Department of Media Culture, who coordinates the festival. “There are interesting differences between the LGBTQ cultures. These films offer new perspectives on how we might think about international LGBTQ cultures–ideas about what LGBTQ representation is, the culture, the issues.”

“It’s fantastic to have a different representation on campus, including an international one,” Jurkiewicz said. “It’s great for people to learn that there are LGBTQ people everywhere.” 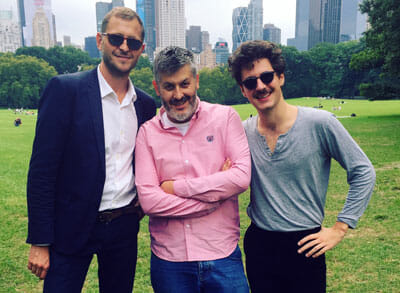 From left to right, Mathieu Fournet, Cultural Attaché for Film and Television at the French Embassy, Director Christophe Honoré, and Actor Vincent Lacoste who stars in Honoré's 2018 film, Sorry Angel.

It’s been barely three years since the U.S. Supreme Court struck down all state bans on same-sex marriage, legalized it in all 50 states, and required states to honor out-of-state same-sex marriage licenses. However, progress toward acceptance of gay and lesbian culture had occurred over decades–the court’s ruling came after a long and difficult struggle.

“Family acceptance is the biggest thing for our students.” Jeremiah Jurkiewicz, director of the CSI LGBTQ Resource Center

“On campus, we have a pretty good culture, but there are still faculty that students say express non-inclusive language in the classroom when it comes to LGBTQ existence, marriage equality, and rights,” Jurkiewicz said. “A lot of it is just LGBTQ competency. Not everyone has learned the language of our community.”

“There is much more acceptance for gay, lesbian, and bisexual students on campus but not as much for transgender,” Jurkiewicz said. “One in two or one in three people know a gay or lesbian person but only one in ten know a transgender. When you don’t know someone, it makes it harder to accept that identity.” 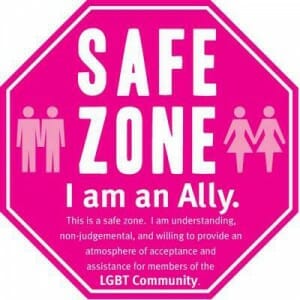 Stickers like this on the College of Staten Island campus signify support for LGBTQ students and culture.

CSI is just one of three CUNY campuses to have an LGBTQ Resource Center, although others have clubs. The impact is significant–the Center affirms students’ identities along with providing a variety of resources. In short, it’s a place where students can feel safe in who they are, Jurkiewicz said.

“Family acceptance is the biggest thing for our students,” Jurkiewicz said. “They’re still struggling at home to have positive acceptance.”

Ultimately, that acceptance, which many find at CSI, is critical to their success.

“CSI can be such an affirming place, they can be themselves,” Jurkiewicz said. “They’re better able to succeed when they don’t have to hide who they are.”

The space the Center creates was on display on National Coming Out Day. In heartfelt testimonials, students and staff described their experiences of coming out to friends and family. It was a moving series of short speeches, eliciting tears but also encouragement and whoops, and capped off by hugs.

“I’ve met many students who are not out in many parts of their lives,” Jurkiewicz said. “LGBTQ people run through all the scenarios in their heads–best case, worst case–because if they’re not accepted they could face homelessness, violence, hatred from their families.

“That’s why it’s so important that we create this positive environment on campus,” Jurkiewicz added. “These are things many LGBTQ still face. It’s not a walk in the park just because we have marriage equality.”

Here is a complete list of the films being shown. Each will be shown in Building 1P, Room 223. 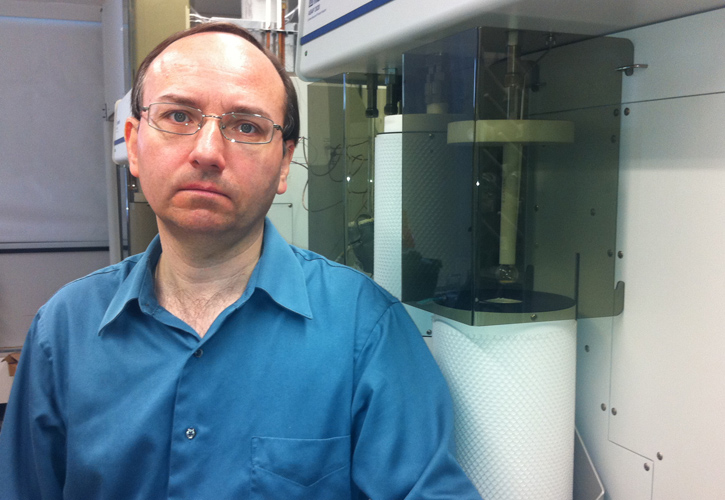 Free Performance of The Knights at the Center for the Arts