New York, NY | The City University of New York Athletic Conference today celebrated the announcement of postseason basketball award citations at their annual awards ceremony at the Water Club this afternoon, and four Dolphins were cited, including two major award winners.  Men’s basketball junior Christian Taylor was named the conference’s Player of the Year on the men’s side, joining Head Coach T.J. Tibbs with Coach of the Year honors.  Fellow junior Adeola Latunji from the men’s side was named a first t-team all-star, as was women’s basketball sophomore Megan McEwan.  Junior Diana Todaro was honored as a second-team all-star.  Senior tandem Stephen Flagg and Nicole Imbesi were named to respective sports’ All-Sportsmanship teams.

On the heels of a tremendous sophomore season that saw him take CUNYAC Tournament Most Valuable Player honors, Taylor is wrapping up a sparkling 2018-19 campaign.  The guard leads the team in scoring, averaging 19.7 points per game to go with a team-leading 95 assists and 57 steals.  Averaging a team-high 33.9 minutes per game, the sharp-shooter is connecting on 51.3% from the floor while leading the team with 112 free-throws on 153 attempts, good for 73.2%.  He has led the team in scoring on 13 occasions this season and took CUNYAC Player of the Week honors on January 16.  The Player of the Year honors follows an appearance on the All-Star team last year.  The junior was humbled to earn the top citation in a great crop of CUNYAC talent.

“To win an award like this means a lot. But without my teammates, this award wouldn’t have been possible. I’m honored to have been selected to be awarded the CUNYAC Player of the Year award and I’m looking forward to making another CUNYAC Championship run.”

Taylor shares the spotlight most nights with fellow junior and second-year Dolphin Adeola Latunji, who has led the Dolphins in scoring on 10 occasions, and sits slightly behind Taylor with a robust 18.0 points per game.  Also a CUNYAC All-Star last year, the mid and long-range specialist is connecting on 50.3% of his shots and is tied for third on the team with 16 three-pointers.  Latunji is the team leader with 8.2 rebounds per game, including 52 on the offensive glass, good for second on the team.  He also leads the team with 21 blocked shots and is fourth on the team with 31 thefts.  Latunji is also a former CUNYAC Player of the Week this season and was named CSI Male Athlete of the Week on csidolphins.com a program-high four times this season.

Rounding out the All-Star nods for men’s basketball was skipper T.J. Tibbs, who is wrapping up another sensational season after the CUNYAC Championship campaign of 2017-18.  The Dolphins crawled out of an 0-4 hole and later, a 2-6 start to win 14 of their last 17 games, a run that included a pair of wins over NESCAC teams in the 17th Annual CSI Tournament of Heroes (Bates College & Tufts University).  CSI also reeled off 10 wins in a row, including seven-straight against CUNYAC opponents, helping CSI to the No. 2 position in the final CUNYAC standings.  Like Taylor, Tibbs was honored with the distinction.

“I’m extremely proud and honored to have these two players selected to be CUNAYC All-Stars. Their two of the hardest workers on the team and have steadily improved in the classroom as well as on the court. For them to be selected from such a distinguished group shows that they have the respect of the other coaches in the conference. Christian Taylor joins an elite class of Dolphins that have won CUNYAC’s Player of the Year award.”

Alongside the major awards for CSI, Devine Chisholm from York College was named the conference’s Rookie of the Year.

On the women’s side, CSI enjoyed a breakout year from sophomore Megan McEwan, who made her mark in limited time last year and blossomed into CSI’s leading scorer in 2018-19.  McEwan is averaging a team-best 14.4 points per game this season, complete with a team-high 49 three-point baskets, shooting 36.3% from beyond the arc.  CSI’s most consistent playmaker, McEwan leads the squad with 83 assists and 72 steals, leading those categories by large margins.  On the line more than any other Dolphin, McEwan also leads the team with a 71.9% clip shooting from the charity stripe.  A two-time CUNYAC Player of the Week, this is McEwan’s first turn as a CUNYAC All-Star.

A transfer last year, Todaro is also making her second turn with the DOlphins, and like McEwan, has developed into one of CSI’s most consistent contributors.  The junior is averaging 11.7 points per game, connecting on a team-best 52.3% from the floor in 27.1 minutes per contest.  She also leads the squad on the boards, collecting 8.3 per contest and sits second on the squad with 53 takeaways.  Fourth on the team with 10 blocks, Todaro is also third on the team with 41 assists.  A two-time CUNYAC Player of the Week, this is Todaro’s first All-Star citation.

Rounding out the award-winners was senior pair Stephen Flagg and Nicole Imbesi who were CSI representatives on the CUNYAC’s All-Sportsmanship teams.  Both were cited for their exceptional leadership on CSI’s young squads, serving as examples for future classes while also being major contributors on the court as well. 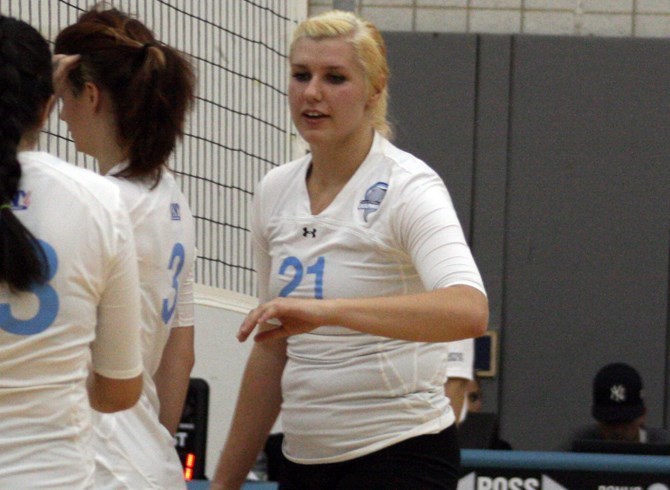 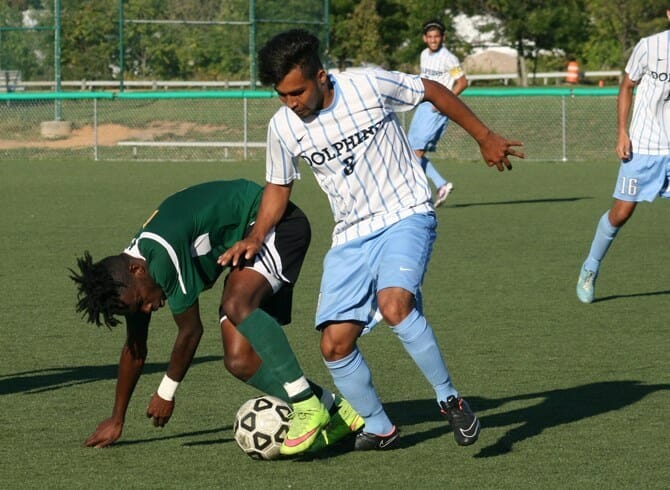