Kings Point, NY | The College of Staten Island men’s and women’s outdoor track & field units were in action today, taking part in the Coach Omeltchenko Invitational, hosting by the United States Merchant Marine Academy.  A total of five teams were on hand participating in the events with CSI making it a double dual meet, scoring against two of the opponent teams.  CSI would fall to the host USMMA Mariners and then take a win against St. Joseph’s College of Long Island Golden Eagles.  The CSI women fell to USMMA, 91-39, while defeating SJC-LI, 65-31.  The CSI men fell to the hosts, 107-31, but managed to beat SJC-LI, 52-37.

WOMEN’S MEET
Victoria DeBernardo got things started by performing the Steeplechase in a time of 16:32.89, earning points for her team as the only entrant among the three schools.  CSI’s next event was the 100-meter Dash, and as expected, freshman Deavion Brown wowed the field.  She came in first place overall among 18 runners, posting a time of 12.60.  Also scoring for CSI was Vassageia Watson at 14.55, and Sarah Andes came in at 14.79.

Another first-place finish followed for Kharyn Ethridge, who raced in at 2:28.72 in the 800-meter Run.  After USMMA came in second, Tristiana Adragna was next to cross with a time of 2:34.62.  CSI’s next event was the 200-meter Dash, and there, Brown shined again by posting a time of 26.42, which was second overall and first among the three competing schools. Watson also crossed at 30.79, and Cassidy Iannariello exhibitioned at 34.42.

In the 4×400 Meter Relay, CSI was one of only two competing schools with Lehman College, and CSi scored second, as the team of Adragna, Rachel Edmonds, Brown, Ethridge, Watson and Iannariello came in at 4:22.65, just over two-tenths of a second from first place.

Andes was CSI’s top entrant in the Long Jump and she scored a 3.95 meter score to place seventh among 12 jumpers.  Watson came in ninth at 3.84 meters and Vanessa Mansur in 10th at 3.69 (exhibition).  Stephanie DaSilva led all Dolphins in the Discuss Throw, finishing 5th overall with a range of 18.34 meters.  Tracey Simon finished 9th with a throw of 15.20 meters.  Ommiya Butt finished as an exhibition at 12.47, good for 12th.  DaSilva doubled as CSI’s best at the Hammer Throw as she finished fourth overall at 22.46 meters.  CSI did very well in the Javelin Throw.  Edmonds led all with a throw of 27.48, which finished second overall.  Iannariello tossed at 22.80 meters, good for fourth, while Mansur exhibitioned at 17.94.

In the Shot Put competition, CSI was once again led by DaSilva, who landed a distance of 7.54 meters, good for fourth overall.  Simon landed ay 7.17 meters for seventh among 17 positions.

MEN’S MEET
The men started with the 4×100 meter Relay and they landed in fourth place as the team of Jordan Thompson, Olatain Okeowo, Canaan Rodriguez, Jared Nusser and Wilson Esguerra landed a time of 46.02.  CSI then got their first first-place finish on the men’s side in the 1,500 meter Run, as senior Liam McMunn came in at 4:15.05, winning by 0.13 seconds over USMMA’s Nicholas Arima.  Spencer Milito finished ninth in the event, while Ahmed Khodir was 15th and Trevin Robinson 21st in the 22-man race.

Up next was field events for CSI and they started with Okeowo placing 13th with a score of 4.40 meters.  David Outlaw then threw the javelin, and she hit 23.25 meters, good for 8th among 12. 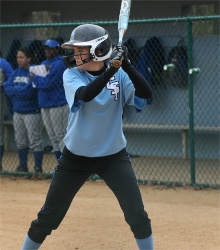 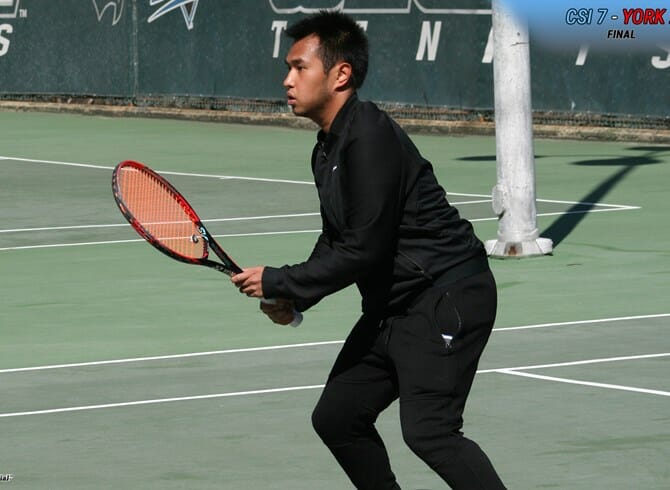 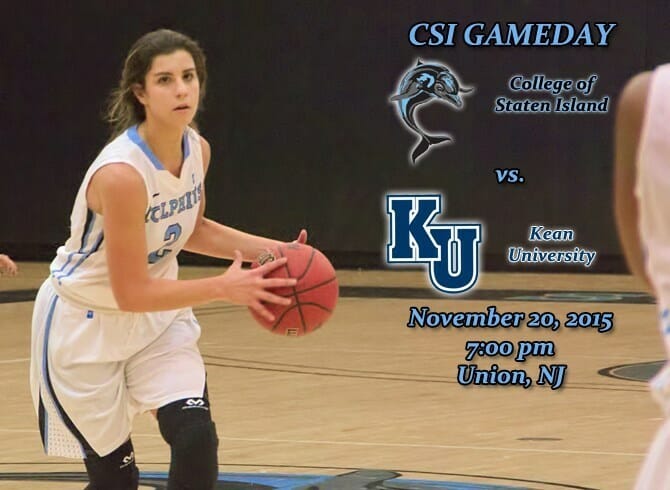