The College of Staten Island women’s soccer season is continuing today, and the Dolphins are hoping for a bounce-back after a tough yesterday at the hands of Kean University.  Today, in day two of the Cougar Classic being played at Kean, the Dolphins will square off with Stockton University at 1 pm.

CSI VS. STOCKTON UNIVERSITY AT-A-GLANCE
Matchup: CSI (0-1) vs. Stockton (1-0)
Where: Kean Alumni Stadium – 1000 Morris Avenue, Union, NJ
Ticket Info: Free Admission
Live Stats: https://keanathletics.com/sidearmstats/wsoc/summary
Live Video: https://keanathletics.com/watch/
All-Time Series: Stockton leads, 2-0-1
Last Meeting: September 1, 2018 – Stockton won, 4-0
Players to Watch (CSI): The Dolphins had a rough go of it in their outing yesterday, falling to Kean 6-0.  A bright spot was the debut of goalkeeper Lyubomira Stefanova, who made 9 saves.  CSI only registered two shots in the game, one each by Nermina Bracic and newcomer Gabrielle Chirco.  The Dolphins will hope to get Samantha LaValle uncorked.  She only played eight minutes yesterday, and scored 22 goals in 16 games a year ago.  In last year’s game against Stockton, LaValle had two of the Dolphins’ four shots on goal.
Players to Watch (SU): The Ospreys got off to a big start yesterday and will look to keep the offense going.  Bri Bocelli came off of the bench to pop in two goals yesterday, while Selena LeDonne and Michelle Sander added tallies on a combined nine shots.  Jennifer Devault started the game for SU, and registered a lone save, sharing the shutout with Olivia Harris.
News & Notes: These two sides are now meeting for the fourth year in a row, and the last two times have been here at Kean.  Last year, Stockton defeated CSI, 4-0, scoring all four goals in the second half.  Stockton out-shot CSI, 21-6, in that game (10-0 in the second stanza).  In 2017, the Ospreys defeated CSI, 3-0, and in 2016, their only meeting on Staten Island, the team’s played to a 0-0 tie.  So, the Dolphins come in to this one seeking their first ever goal against Stockton.
What’s Next?: After today’s game CSI will get a full week off and will return to action as part of their home opener on Sunday, September 8, at 12 Noon against Penn College.  Stockton will get back at in on Wednesday, September 4, at Moravian College, under the lights at 7pm. 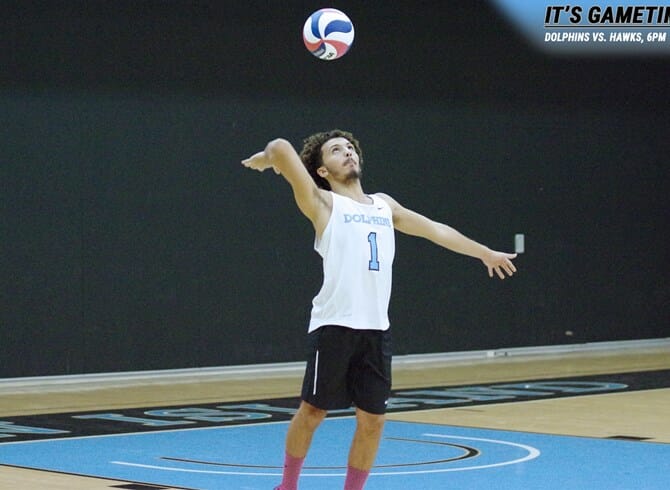