The College of Staten Island has been named twice to U.S. News & World Report‘s Best Colleges 2021 List. CSI was recognized in the categories of Best Undergraduate Engineering – No Doctorate, and Social Mobility – Regional Universities (North).

According to U.S. News, the publication “assesses 1,452 U.S. bachelor’s degree-granting institutions on 17 measures of academic quality. The comparisons are useful for [students who are] crafting a shortlist of institutions to examine more closely and may also highlight new options.”

The College of Staten Island is the recipient of a fourth-cycle Policy Practice in Field Education Initiative grant from the Council on Social Work Education (CSWE). The grant is funded by The New York Community Trust.

CSI’s grant comes from The Public Conversation for Change Leadership Training Initiative, which, according to CSWE, “will provide training and a network of supports that enhance first-year MSW and senior BSSW students’ commitment and skills for leading participatory policy change efforts that work to address forms of inequities at the intersections of race, disability, and poverty in Staten Island.”

CSWE President and CEO Darla Spence Coffey, PhD, MSW, said that “These grants make it possible for future social workers to learn the importance of policies, legislation, and regulation that advance social justice goals. We thank The New York Community Trust for funding this initiative and allowing CSWE and member programs to create opportunities for policy-focused field education and community engagement projects.”

Discover Accounting has ranked the College of Staten Island’s Accounting program, which is a component of the Lucille and Jay Chazanoff School of Business, #16 of 101 Most Affordable Schools.

In its ranking, Discover Accounting said that “The College of Staten Island CUNY is home to a top notch accounting and finance department. In this department, there is no shortage of accounting programs. Students can choose to pursue a wide variety of programs including a minor in accounting, Bachelor of Science in Accounting, and a Master of Science in Accounting. These exceptional degrees often produce leaders who obtain positions as fund accountants, auditors, and controllers. The College of Staten Island CUNY boasts extremely affordable accounting programs, with tuition totaling about $6,761.

The year 2020 has brought a number of new accolades for the College of Staten Island, recognizing the excellence of its academic programs.

Even more impressive has been the recognition of CSI’s Social Work program, which was recently cited for having the lowest debt and highest earnings of any program in NYC, including Columbia and NYU.  Dean Savage, a professor at Queens College, CUNY analyzed program-specific data from the College Scorecard at the U.S. Department of Education (DOE), examining data on 11 nationally accredited Master of Social Work (MSW) programs in the New York City metropolitan area, including two SUNY campuses, NYU, Long Island University, and Columbia University. Savage found that of the 11 institutions in the NYC area that have accredited MSW programs, College of Staten Island students graduate with the lowest debt (in federal loans taken out during enrollment in the MSW program) and the highest earnings.

The College’s latest accolade, announced on March 17, was its Master’s of Nursing program being named to U.S. News and World Report’s Top 100 Graduate Schools list.

The College of Staten Island is one of the “100 Most Secure College Campuses in America,” according to security company ASecureLife. CSI is ranked 23 out of 100 on the list for 2019-2020. According to the company’s Website, ASecureLife “analyzed 10 years’ worth of crime data for hundreds of public and nonprofit colleges in the US. We focused on data from four-year schools that offer student housing and have an average yearly enrollment of 10,000 students or more. The list…includes the 100 colleges that had the lowest rates of property crime over the past 10 years.”

MONEY magazine has placed the College of Staten Island on its Best Colleges in America, Ranked by Value list for 2019. According Money’s Website, “To find the schools that successfully combine quality and affordability, MONEY weighed more than 19,000 data points, including tuition fees, family borrowing, and career earnings.” 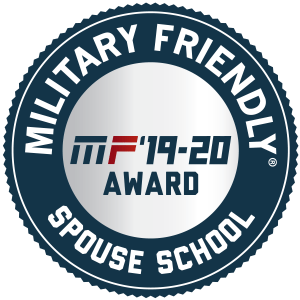 This prestigious list is created using data sources from federal agencies and proprietary survey information from participating organizations to create a comprehensive guide for military spouses looking to further their education. This year, 196 schools earned this prestigious designation.

CSI is committed to actively recruiting and supporting military spouses, knowing firsthand that they bring a level of maturity, discipline, life experience, and talent to the classroom.

Forbes magazine named the College of Staten Island a Forbes Best Value College for 2019. This list consists of only 300 schools, and assists students and their families to make better-informed decisions on which colleges will provide the best value for their investment.