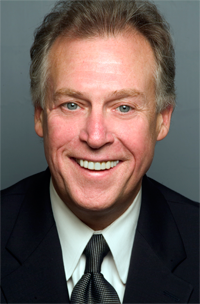 Denis M. Hughes, President of the 2.5 million-member New York State AFL-CIO, became a union member at the age of 16 when he joined the Retail Clerks Union.

Upon his election as President of the New York State AFL-CIO, Mr. Hughes made creating a more mobile, active, and aggressive statewide labor movement a top priority. He set a tone and led the way in developing a proactive legislative, grassroots, and political statewide strategy.

In 2008, President Hughes was appointed to a three-year term as a Commissioner of the New York State Insurance Fund.

In October of 2008, President Hughes was appointed to the New York State Commission on State Asset Maximization, which was established under Governor Paterson to examine the role of public-private partnerships in the long-term economic growth of New York State.

Also in 2008, President Hughes was appointed by the Governor to serve as a Board Member of the New York State Racing Association.

Denis Hughes is a graduate of the Empire State College, with a Bachelor of Science degree in Labor and Industrial Relations. 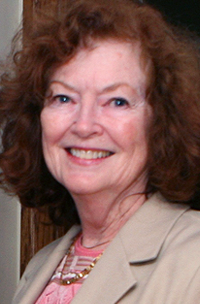 Dr. Mary O’Donnell is Associate Professor and Chair of Nursing at the College of Staten Island/The City University of New York (CSI).

She has been associated with CUNY since 1968 as Assistant Professor at Staten Island Community College and has been at CSI for 38 years. Throughout her association with CSI and CUNY, Dr. O’Donnell has served the College, University, and community by preparing generations of nurses and has been instrumental in the advancement of nursing education on Staten Island.

Over the years, she has participated and provided leadership that has resulted in the expansion of CSI nursing programs from the associate degree program in the early days to a full range of educational offerings including baccalaureate, master’s, and doctoral degree programs. Dr. O’Donnell’s leadership has been instrumental in building upon the use of the newest pedagogical tools such as state-of-the art simulation laboratories, achieved through seeking out and securing funding. She is also engaged in interdisciplinary research, has published in her field, secured grants, and has presented her work internationally.

In addition, Dr. O’Donnell has served as the Chair of the CUNY Nursing Discipline Council for approximately six years and she has been recognized by her discipline, the community, CSI, and CUNY for her contributions through teaching, scholarship, service, and leadership.

Dr. O’Donnell has been married to her husband, Jim, for 43 years. They are the proud parents of three children and one grandchild. 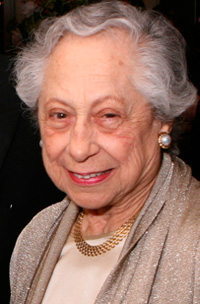 Rose M. Volpe is a community activist, a founder of the Friends of CSI, and widow of Dr. Edmond L. Volpe, the first President of the College of Staten Island.

Mrs. Volpe, a former music teacher, was very active in encouraging extracurricular music and theater programs at the College, and, in bringing cultural exhibitions and productions to the campus.

She and her husband were very involved in initiating the Friends of the College of Staten Island, and, for many years, Mrs. Volpe served as an organizer of the Starlight Ball, a fundraising event for College scholarships.

She was also very active in the International Festival, which celebrated diversity on Staten Island, and, facilitated a number of CSI scholarships with donors.

Dr. and Mrs. Volpe’s family includes daughters Lisa Volpe and Rosalind Volpe Goodwin, and two grandchildren.  Mrs. Volpe is originally from New Haven, CT, and lived in Manhattan prior to her and her husband’s move to Staten Island with their family.

Mrs. Volpe remains active in supporting the Edmond L. Volpe Library Fund and the Rose M. Volpe Music Scholarship at the College of Staten Island.  Mrs. Volpe is a graduate of the University of Connecticut.