After 9/11, when the word Hero comes to mind, many of us think of Firefighters and Police Officers. We may even think of EMS workers, Paramedics, and Doctors. However, all too often Nurses go unnoticed and do not get the recognition they deserve.

The Mu Upsilon Chapter of Sigma Theta Tau International Nursing Honor Society at the College of Staten Island (CSI) conceptualized a plan to plant a Tree of Remembrance to honor Nurses and others who aided the victims of September 11th.

“Trees are an enduring symbol of life, symbols of strength, pillars of support,” states Dr. Roberta Cavendish, Associate Professor of Nursing at CSI, and “the Remembrance Tree was planted in the courtyard of Marcus Hall as a living memorial to create a sacred space, a place for reflecting, remembering, renewing, and for healing that transcends yet never forgets the victims or heroes.”

The Remembrance Tree Dedication and Memorial Ceremony is scheduled for Wednesday, October 9th at 2:30 pm, as part of CSI’s CUNY week programming.

Nursing and Healthcare Professionals, as well as their families and are all encouraged to attend this public ceremony in the courtyard of Marcus Hall, building 5S. A commemorative plaque will be in place at the base of the remembrance tree.

The 25 foot maple tree and plaque are being sponsored by The Mu Upsilon Chapter of the Sigma Theta Tau International Nursing Honor Society, the New York Counties Registered Nurses Association, District 13, and SINDA.

“The nursing organizations who are the sponsors of this memorial ceremony demonstrate cohesiveness, connectedness and commitment inherent in the nursing profession,” states Dr. Roberta Cavendish, President of the Mu Upsilon Chapter.

After September 11th, honor society members gradually began to comprehend the magnitude of the impact associated with the destruction of the World Trade Center on the Staten Island community and of the invisible, tireless work of the nurses on Staten Island. They counseled, comforted, consoled, and were trained in surveillance and response for biological attacks on the community.

CSI Nursing student Lisa Romano was working as a medical assistant in the Intensive Care Unit at Staten Island University Hospital on September 11th. Seeing the nurses in action that day further inspired her. “I realized that, regardless of what happens on the outside, my main priority was that patient.”

CSI Nursing graduate Marcela Leahy lost her husband, James, a city police officer who was killed on September 11th. “The outpouring of support I’ve received just makes me want to be a nurse even more,” Leahy said. “It helped me keep my sanity in one way, and it made me lose it in another. It’s a great accomplishment.”

Poems will be read and a candle lighting ceremony will conclude the dedication ceremony.

After the ceremony, there will be a welcome by Dr. Cavendish. Light refreshments will be served on the first floor lounge of building 5S, Marcus Hall, following the dedication ceremony. Donations will graciously be accepted. 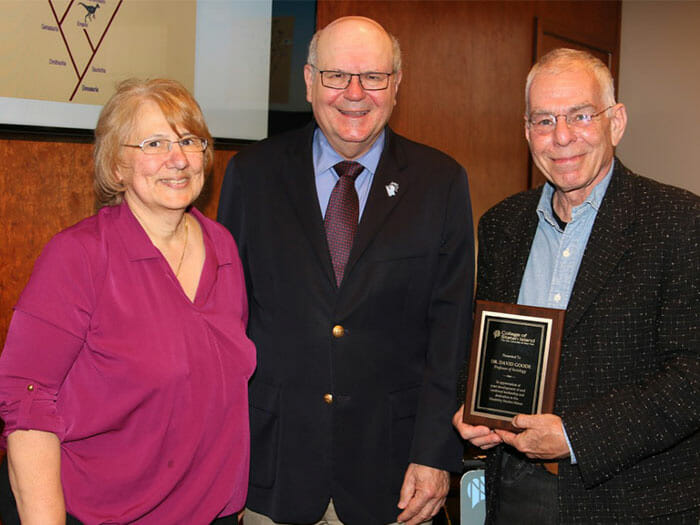