The College of Staten Island’s Alumni Hall of Fame induction ceremony will be held on October 26, 2002, as part of the Alumni Day celebration that brings friends and neighbors together to discover the riches of the CSI campus, its faculty and alumni.

“Alumni who have achieved success in their careers and distinguished themselves through outstanding service to the community, the College of Staten Island, or the CSI Alumni Association will be honored,” Ms. DiMarco explained.

A graduate of CSI, Ms.DiMarco is involved in many community activities, also serving as an officer of the Business and Professional Women’s Association, and Second Vice President of the College of Staten Island Alumni Association. Ms. DiMarco’s private practice located in New Dorp specializes in personal injury, will and estates, real estate and business law.

The Alumni Hall of Fame was established in 1986 by the CSI Alumni Association, and represents nearly 50,000 graduates. This year six alumni will be inducted into the Hall of Fame.

Virginia Tormey Friedman `73, is a native of Staten Island and received a bachelor of arts degree in American Studies from the former Richmond College. She makes her home in Charleston, SC, where she is vice president of strategic communications at the College of Charleston. Virginia is a writer-producer of radio and television documentaries including the southeast regional Emmy award-winning film on race, “Where Do We Go From Here?” She is the winner of awards for filmmaking and fiction from such notable competitions as WorldFest, Chicago International Film Festival, Writer’s Network Screenplay Competition, and is a two-time winner of both the South Carolina Fiction Project and Piccolo Spoleto Fiction Open.

Joan Migliori `90, also a native Staten Islander is the daughter of Maria Luisa Marchi and New York State Senator John J. Marchi. She attended Notre Dame College and the College of Staten Island/CUNY, where she received a Bachelor of Arts degree in International Studies. Joan is Assistant for Specialized Counseling for the CUNY John D. Calandra Italian American Institute. Over the years Joan has contributed her time to many civic and charitable endeavors and continues her involvement with several Italian-American Organizations. She is the recipient of numerous awards for her service and leadership. In January 1995, Joan received the rank of Cavaliere of the Order of Merit of the Republic of Italy; the honor was bestowed upon her by the then Consul General of Italy, Minister Franco Mistretta, on behalf of the Italian government. The award recognized her outstanding contribution to fostering relations between Italy and the United States, especially in the area of Italian culture and education. In June 1995 she also received the College of Staten Island’s “Dolphin Award” for bringing various Italian cultural events each year to the College and the Community and learning opportunities in Italian language and culture to numerous students. In 1996, the Italian government honored Joan with its “Distinguished Service Award” in recognition of her outstanding contribution and dedicated service to the Italian-American community. In 1995, 1997, and 1999 she received a “Certificate of Special Appreciation” from the New York Conference of Italian American State Legislators. In 1998 Joan received The New York Conference of Italian-American State Legislator’s “Woman of the Year Award”, in recognition of her many accomplishments and sustained commitment to Italian-Americans of New York State. In November 2001 Joan was honored by the Order Sons of Italy in American, Guiseppe Mazzini Lodge her commitment in promoting Italian Culture to the Italian American Community.

Terry Golway`78 majored in Political Science and received a Bachelor of Arts degree from the College of Staten Island. He is city editor for the New York Observer in Manhattan, and the author of five books. His most recent book is, “So Others Might Live,” a history of the Fire Department of New York which The New York Times praised as “gutsy” and “passionate.” His other books focused on Irish and Irish-American history. One, “The Irish in America,” was the companion book to an award winning PBS documentary. Golway has been in the newspaper business since graduating from high school in 1973. He started his career as a sportswriter for the Staten Island Advance, and later became the paper’s night city editor and its political columnist. He joined the Observer’s staff in 1990, and has covered numerous political campaigns and national party conventions. He wrote the paper’s lead story on September 11, 2001, from the paper’s uptown office.

Christine Cea `86 entered the College of Staten Island through the ARC – Adults Returning to College – Program, Christine’s completion of a Bachelor of Arts in Psychology (with Honors) served as the cornerstone of her professional activities. A longtime advocate for persons with developmental disabilities and their families, returning to school provided her the opportunity to not only formalize her knowledge, but also develop a focus that led to her graduate education. After graduating from CSI, Christine went on to earn both a Master of Arts and Ph.D. in Developmental Psychology from Fordham University. Christine is dedicated to serving the Staten Island Community. She is a member of both the Executive Board of the Staten Island Developmental Disabilities Council and the Board of Directors of the Staten Island Mental Health Society, as well as various other organizations and committees that speak to the concern for the betterment of services, fair treatment, and improved quality of life for persons with disabilities and their families. Serving on both the Boards of Directors of the College of Staten Island Foundation and the Friends of the College of Staten Island speaks to her commitment to the importance of public higher education.

Film scholar and critic Bahman Maghsoudlou `78, `80 has been a participant in the world of cinema in many capacities. He has served as a panelist, juror and lecturer at a wide variety of film festivals, including the San Francisco, the Tri-Continental Festival at Nantes, France, the Margaret Mead Festival in New York City, the St. Petersburg “Message to Man” Festival and others. As an author he was the recipient of the Forough Farrokhzad literary award in Iran (1975). His books include the widely acclaimed Iranian Cinema (1987), published by New York University’s Center for Middle Eastern Studies, which is used around the world as a resource on the history of Persian films. Mr. Maghsoudlou wrote and directed the short documentary film Ardeshir Mohasses and His Caricatures, which was shown at the Leipzig Film Festival in 1996. As a producer his films have been selected for more than one hundred prestigious film festival from all around the world. They include The Suitors (Cannes, 1988), Manhattan by Numbers (Venice, 1993), Seven Servants (Berlin, 1996) starring Anthony Quinn and David Warner, and Life in Fog (1998), the single most awarded short/documentary film in the history of Iranian Cinema. Mr. Maghsoudlou is currently producing and directing a long documentary on the history of Iranian Cinema entitled Iranian Cinema: The Roots (1900-1979).

Marsha J. Tyson Darling `71 is an Associate Professor and Director of the African American & Ethnic Studies Program at Adelphi University. Dr. Darling teaches African American history and culture, the history of conscience and social justice movements in American History, women and international development, and significant issues in globalization on distributive justice issues, including the emergence of biomedical technologies and their consequence for privacy and human rights practices. Marsha J. Tyson Darling received an Associate of Arts degree, with honors, from the former Staten Island Community College, a Bachelor of Arts degree from Vassar College, and a Master of Arts and a Doctorate of Philosophy from Duke University. She has taught at Harvard University, Wellesley College, the University of Maryland at College Park, Hood College, and Georgetown University, and she received a Fulbright Award to teach and conduct research at Bangalore University in India.

“Alumni Day 2001 engaged over 200 community members, alumni, faculty and friends,” said Francine Raggi, the director of the CSI’s Alumni Association, “and we look forward to meeting and welcoming community members to our magnificent campus for an even more fun-filled day of learning, thinking, networking and having fun with friends and neighbors.”

Presentations include “How Are Brains Born Knowing What They Want To Learn?.” “The Creative Writing Process: The Brave – A Story About the FDNY,” “Your Money, Investing and Reform,” and “Hazards From Space,” as well as a photographic history of CSI and the Staten Island community, a nighttime viewing session at the Observatory, and the exhibition of a pollution-free mirrored solar collector, as well as many more.

The day ends with the 2002 Hall of Fame Awards Ceremony and buffet, beginning at 5:00 PM.

Alumni Day 2002 is open to the community for $10.00 per person for the Opening Reception at the Library and faculty and alumni presentations. $25.00 per person includes the full day of activities and Hall of Fame Awards Ceremony and buffet at 5:00 PM.

For additional information and reservations please call the College of Staten Island Alumni Association at 718-982-2290. 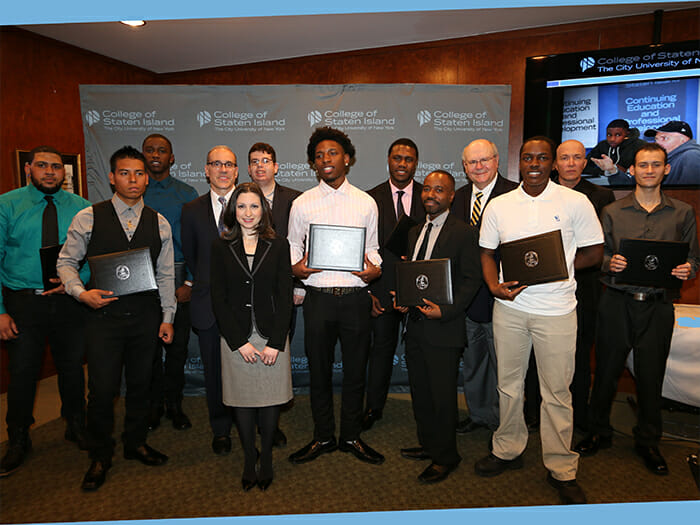 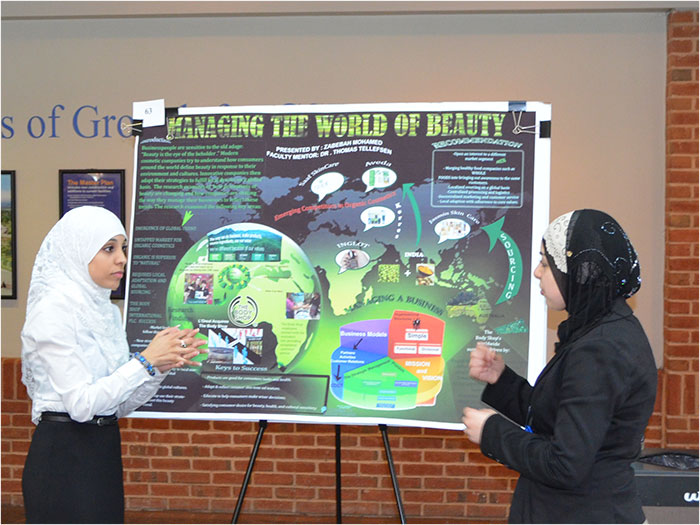