J. David Davis, President of WABC-TV, will unveil a plaque at The City University of New York’s College of Staten Island (CSI) in recognition of The Walt Disney’s Company Foundation’s gift to the Don DiFranco Memorial Scholarship Fund (on behalf of WABC-TV).

Don DiFranco, a CSI alumnus, died tragically in 9/11. He was a broadcast engineer who worked atop the World Trade Center for WABC-TV. His story received national coverage on the latest anniversary of 9/11.

CSI’s engineering department has received an unprecedented amount of financial support for scholarships in the past year. The DiFranco endowment has now exceeded the $100,000 mark (as a result of a large Walt Disney Foundation gift); a generous board member of the CSI Foundation has established a new engineering scholarship endowment; and a third organization is establishing an endowment (pending contract agreement). Overall, there is potential for approximately $150,000 in new money, according to Richard Truitt, CSI vice president for college advancement, and executive director of the CSI Foundation.

The CSI Foundation allows the College of Staten Island to expand the margin of excellence, and ensures that CSI students and the community have the finest facilities and faculty available. The Board of Directors of the Foundation is composed of distinguished alumni and prominent community leaders committed to excellence in education. 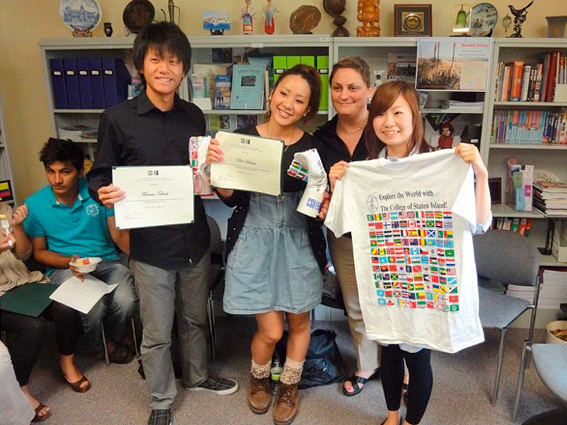 International Conference for the 40th Anniversary of China’s Cultural Revolution

Research in Real Time: Poetry at the College of Staten Island