The College of Staten Island recently held its annual Dean’s List Ceremony in the Center for the Arts Concert Hall. The event filled the Springer Concert Hall with honorees, their families, fellow students, faculty, and other members of the College community.

In his opening remarks, Provost William Fritz told the student honorees that today’s achievement is an important step in what he hopes will be a passion for life-long learning.

The student speakers were Toni-Ann Restivo and Miguel Serrano.

Toni-Ann RestivoRestivo, who will be graduating this January with a Bachelor’s degree in Biology with a Minor in Psychology, noted the significant impact that Associate Professors of Biology William L’Amoreux and John Oppenheimer have made in her academic career and her life, commenting that “I will miss this campus greatly because after all it’s become like a second home to me for all these years. As happy as I am to move onto my future plans as a dentist or dental hygienist, I will be sad to leave behind all the memories and friends I have made here.”

Miguel SerranoSerrano, a 29-year-old Communications major, quoted from the movie Rocky to underscore the difficulties that he had to face to get to where he is today, adding, “Despite life’s hits and obstacles, I will finally fulfill my dream of earning a college degree. And to top it all off, I will do so as a Dean’s List student.”

Gail SimmonsCSI Dean of Science and Technology Gail Simmons added, “The criteria for the Dean’s List at CSI are quite stringent compared to those at other CUNY senior colleges, and the number of students who achieve this distinction speaks to the outstanding character of our students, who must both devote intellectual energy and make personal sacrifices to obtain this honor.”

Each Dean’s List student in attendance received a medallion in recognition of their achievements, establishing a new tradition at the college. Honorees were also encouraged to wear their medallions at Commencement as a symbol of their academic excellence. Musical entertainment at the event was provided by the CSI Jazz Ensemble. 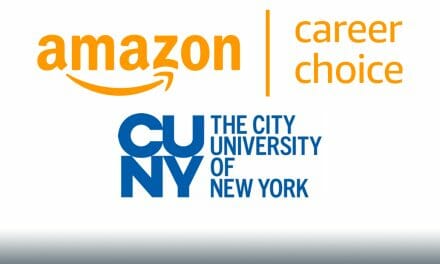 After Original Volunteer Avenues Close during the Pandemic, CSI Junior Finds a Way to Make a Difference