What are the Obama administration’s objectives in escalading the US military intervention in Afghanistan? What are the possible cost and benefits for the people of Afghanistan and the United States? Is the war destabilizing Pakistan? Is the Afghanistan War a quagmire? Is there an exit strategy? Are there alternative peaceful solutions?

“The CSI Peace Club is excited to host one of the United States’ leading investigative reporters, Robert Dreyfuss,” said John Lawrence, associate professor of psychology and Peace Club coordinator. “He will be addressing a very important and timely foreign policy issue facing the United States today- the way forward in Afghanistan. Before the US commits more troops to what is likely to be a decades-long conflict, it is important that all citizens understand the war and policy options. There is no one better to teach us, than Robert Dreyfuss.”

Robert Dreyfuss is an award winning investigative reporter. He has written ground-breaking stories about the wars in Iraq and Afghanistan, the war on terrorism, and post-9/11 U.S. foreign policy. His articles have appeared in many periodicals including Rolling Stone, The Nation, Mother Jones, The American Prospect, The Washington Monthly, and The New Republic. He has been interviewed on scores of radio and television talk shows, including Hannity and Colmes on Fox News, C-Span, CNBC, MSNBC, Court TV, National Public Radio, and Pacifica’s Democracy Now! with Amy Goodman. He is author of the acclaimed book Devil’s Game: How the United States Helped Unleash Fundamentalist Islam.

Join investigative reporter Robert Dreyfuss at the College of Staten Island Center for the Arts on Wednesday April 29 at 7:30 p.m. The event is sponsored by the CSI Peace Club. It is free and open to the public. 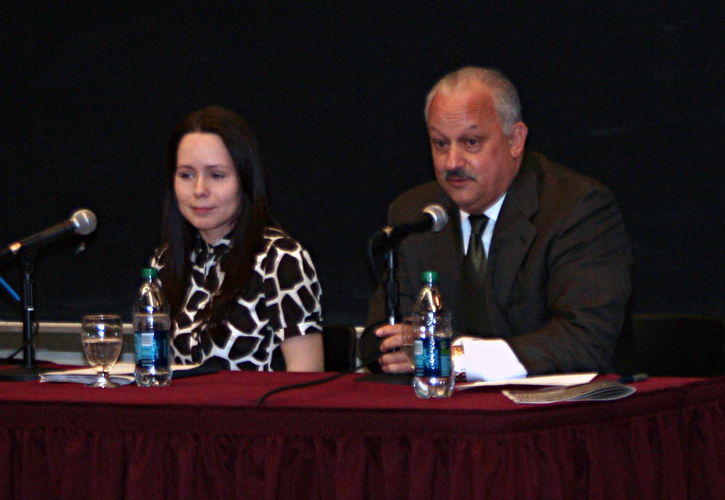