A book by Grace M. Cho, Associate Professor of Sociology, Anthropology and Women’s Studies at CSI, has been selected by the American Sociological Association to receive this year’s award for best book on the subject of Asia and Asian America.

The 232-page work, Haunting the Korean Diaspora: Shame, Secrecy, and the Forgotten War, describes the profound effect that the Korean War has had on Koreans in the United States… and how, since the conflict, more than a million Korean women have acted as “sex workers” for U.S. servicemen:

“In Korea, a ‘sex worker’ needs a license as an ‘entertainment hostess,’ so her background is not as difficult to trace as that of women who migrate to the U.S. With either, it is difficult to know the individual’s past with certainty due to the way in which family histories and official histories get whitewashed or erased.

“So often the past is denied, and the denial generates a kind of haunting. But many Korean women were involved in it [sex work] and it still exists.” (For the last 15 years, most practitioners in brothels and bars have been Filipino migratory workers.)

What is unique to South Korea, she contends, is the extent to which the practice was formally institutionalized by the South Korean government, which she says depended on income that the bases generated.

The daughter of a Korean mother and U.S. military father, Dr. Cho notes that more than 100,000 Korean women married GIs and moved to the United States. While acknowledging the difficulty of knowing who among them are “sex workers,” she does include them in the “sexual labor” category, especially in any unequal relationship–in either marriage or the sex industry–“wherever sexual labor is the woman’s contribution.”

She explores “the repressed history of the emotional and physical violence between the U.S. and Korea, and the silence and secrets that still surround it.” She also argues that trauma memories have been passed unconsciously through a process that psychoanalysts call “trans-generational haunting,” with these secrets turned into ghosts.

Dr. Cho discusses the mythic yanggongju, or “Western princess,” who provides sexual favors to U.S. military personnel, and how this figure haunts both memory and public discourse. In both, she says, narratives of U.S. benevolence abroad and assimilation of immigrants at home go unchallenged.

She deliberately avoided interviews because she felt that they would not contribute to studying erasures and silences. In fact, she comments, “interviews often reinforce the fictional narratives we create to try to hide a traumatic or shameful past.”

She kept “meticulous” journals of her dreams, many of them about the Korean War and Korea’s devastated landscape, and a few in which she imagined her mother’s life when she was young. Those dreams, she says, “fueled the creative piece of the book.”

The book was nominated for the award by the publisher, the University of Minnesota Press. “Quite flattered” by the nomination, Dr. Cho was certain there wasn’t the slightest chance of winning the award from “a group of sociologists.” During much of her career, mainstream sociologists have said her work was “not sociological…too personal, too unconventional in its methods, too experimental in its writing style, too polemic in its tone. Plus, I was writing about ghosts and hauntings, which meant I was thoroughly unempirical and slightly mad.”

When she finally brought herself to open the mail informing her of the award, she was “shocked and delighted. I felt vindicated.” News of the award elicited “an effusive show of support” from friends, colleagues, and grad students. Her one regret: her parents weren’t alive to share the news.

Developed over more than a decade, the book grew out of her researching military prostitution in Korea, at graduate school in 1998. She’d had no intention then of publishing a book, but by the time she started working on her dissertation in 2003, she had her theoretical framework of trans-generational haunting, and knew she wanted the form to be very experimental. “ I wanted to evoke the effects of trauma through the writing rather than to just write about it in a straight academic voice. So I decided to mix in some auto-ethnographic and creative writing along with the sociological and historical analysis.”

Publishing with an academic press, Dr. Cho was required to write for “experts.” However, reluctant to limit the audience, she wrote the challenging book as “kind of a hybrid between academic and creative writing. She believes it is accessible to people beyond academia… anyone interested in engaging issues of trauma, war, and U.S. militarism from a critical perspective.”

Professor Cho’s interest began in her mid-20s, when she realized her mother’s schizophrenic illness and traumas had to have arisen from a larger social and historical context.

“So I began researching the dark side of the U.S.-Korea relationship, in particular, the experiences of women whose sexual labor was exploited for a nation or military’s political gain. That’s when I knew I had to write about it.”

Professor Cho still has family in her native Korea and tries to visit there every year. She feels the U.S. public needs to understand that the Korean War was never resolved and the “North Korean threat” comes out of the history of an unending war. Under the 1953 armistice agreement (only a temporary end to war), the border between North and South Korea was closed and 10 million Koreans were separated from their family members and have never been reunited. “The U.S. and North Korea, the signatories of the armistice agreement, need to move toward a peace treaty, so that separated families can reunite and so the Korean peninsula can begin to disarm.”

To communicate the effects of trauma, Professor Cho is a performance artist for the art collective Still Present Pasts: Korean Americans and the Forgotten War, with projects based on oral history with civilian survivors of the Korean war survivors.

She teaches classes called “Food, Self, and Society” and “Women and Work, ” and sometimes “Multicultural Literacy,” “Sociological Theory,” or “The Peopling of New York.” She wants students “to acquire critical tools with which to navigate the world and understand the ways in which individual experiences are constrained or enabled by the social and the global… to see themselves as connected to something beyond their own personal lives.” 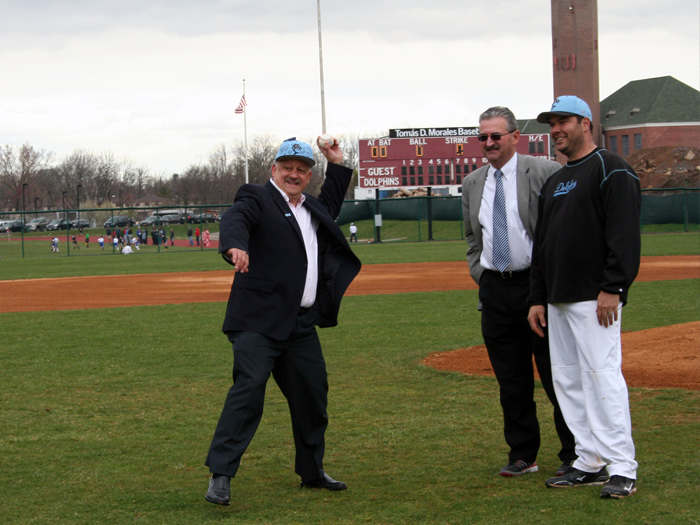