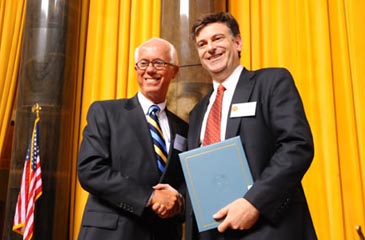 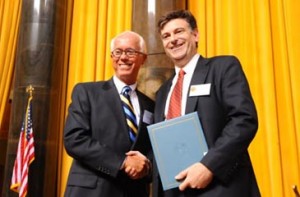 John T. Matteson, author of Eden’s Outcasts: The Story of Louisa May Alcott and Her Father, will be the featured speaker at the Friends of CSI Literary Brunch on Sunday, March 13 in the CSI Library (Building 1L), Second Floor from noon to 3:00pm.

Matteson received the 2008 Pulitzer Prize for Eden’s Outcasts (W.W. Norton and Co., 2007), which The Boston Globe has called “a sensitive exploration of the relationship between Louisa May Alcott and her philosopher father, Bronson Alcott, opposites in temperament yet united in their ideals and regard for each other.”

“During the last four decades The Friends of CSI have supported the transformative evolution of the College,” commented Dr. Christine Cea, CSI alumna 1988, President of the Friends of CSI, and Scientist at the Institute for Basic Research. “The Friends are committed to public higher education and we maintain a scholarship endowment that provides several scholarships annually to CSI students. We are also dedicated to bringing the life-enriching educational and cultural resources of the College to the Staten Island community, and I am especially pleased to welcome Dr. Matteson as the guest of honor at our Spring Literary Event to discuss his critically acclaimed book.”

Matteson has a history degree from Princeton University, a PhD in English from Columbia, and a law degree from Harvard. He teaches literature and legal writing at John Jay College/CUNY in New York, where he has been a professor since 1997. He is currently working on a book about Margaret Fuller.

This year’s Literary Brunch is dedicated to the life and work of the late Mary F. Regan, educator, long-time member, and past President of the Friends of CSI.

Tickets are $65 per person with proceeds benefiting the CSI Library. For more information, call 718.982.2365. Monies raised by the Friends of CSI are donations to the CSI Foundation. Donors receive a tax deduction based on the tax-exempt status of the CSI Foundation. These donations are dedicated to College of Staten Island scholarships and other projects at and for the College.

Trouble on the Border: How Drugs and Violence Have Shaped Place 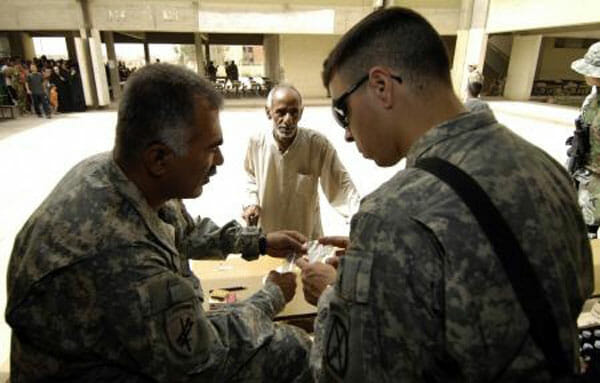 Car is a ‘perfect fit’ for a student veteran, as club provides support to service members