The College of Staten Island Office of Intercollegiate Athletics together with the Student-Athlete Advisory Committee awarded its first ever Athletic Director Honor Roll citations in 2011, recognizing a staggering 78 student-athletes who had achieved a 3.0 grade point average or better during the fall 2010 semester. Well, the student-athletes at CSI outdid themselves yet again, as now 89 citations have been handed out after the spring 2011 semester at the College.  The students will be honored in a special Student-Athlete Day ceremony in April at the College, when the Dolphins host Student-Athlete Day in cooperation with the same national initiative brought forward by the National Consortium of Academics in Sport.

The Honor Roll, unique to the Athletics program at CSI was the brainchild of the CSI Student-Athlete Advisory Committee and CSI Athletic Director Vernon Mummert, who both wanted to draw attention to the tremendous academic achievements of its student-athletes at the exclusive commuter campus, as scholar athletes account for over 44% of the overall student-athlete body.

“Many times our student-athletes have to balance part-time and full-time jobs with full academic class loads, varsity team commitments, and family responsibilities at home,” Mummert said. “The institutional recognition shows these young men and women that we are taking notice, and it will hopefully inspire them to greater heights of academic achievement and athletic performance.”

The 89 total athletes are a cross section of CSI’s 13 intercollegiate sports and cheerleading program. CSI boasted 201 total student-athletes in 2010-11, meaning that 44.3% of the student-athlete body is being honored, a staggering number. Of the 89 honored, 69 are carrying overall GPA’s over a 3.0 (34%), while a select 23 have an overall GPA of over a 3.5 GPA.

“It speaks volumes about the balance exhibited by our athletes and the tremendous academic support they receive on campus,” Mummert said.

The College of Staten Island Office of Intercollegiate Athletics does its part in aiding the cause. Working primarily through Katie Arcuri, Assistant Athletic Director for Student-Athlete Services, student-athletes are awarded priority registration, which allows them to manage their class schedule with their rigorous practice, personal workout, and intercollegiate schedule routines, and are offered academic advisement within Athletics offices to guide their academic path. Along the way, the office solicits mid-semester checks on student-athletes and offer counseling and peer tutor opportunities for at-risk students.

“The student-athletes continue to excel in the classroom as the number of honor roll students grow each semester,” said Arcuri. “It is a deserving achievement for them to be honored each semester with the citation.”

Men’s Swimming sees the most honorees on the Honor Roll list, boasting 11 student-athletes to the ledger. Cheerleading follows with 10 honorees, followed by 9 each from Men’s and  Women’s Soccer. CSI also awards a Team GPA Award given at its annual awards banquet, won in 2011 by Men’s Cross-Country with a 3.43 collective GPA.

The full lot of 89 honorees will be welcomed back In April for a Student-Athlete Day ceremony at CSI’s Sports & Recreation Center, together with future honorees from fall 2011. Sponsored by the National Consortium for Academics in Sports (NCAS), National Student-Athlete Day is celebrated nation-wide, commending scholastic achievement by student-athletes. The student-athletes will be awarded commemorative certificates during the ceremony, which will feature words from CSI President Dr. Tomas Morales and Vice-President for Student-Affairs Dr. Ramona Brown. 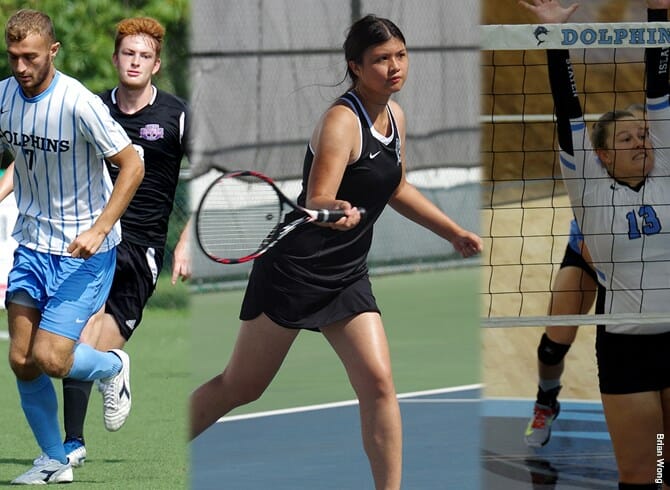 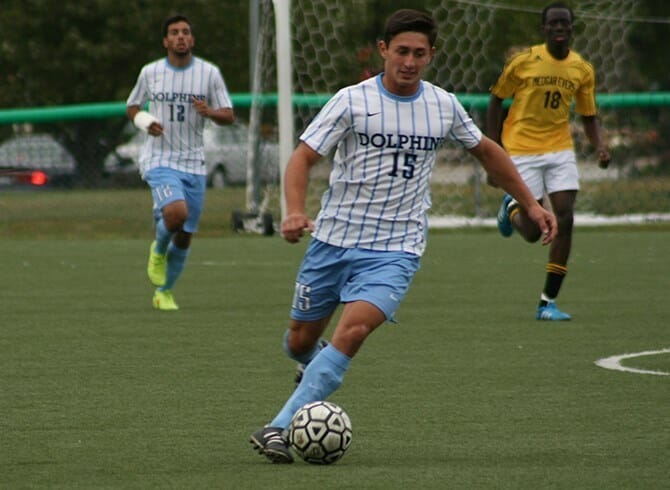 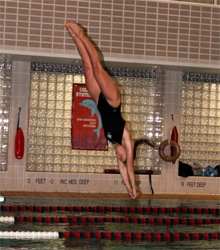 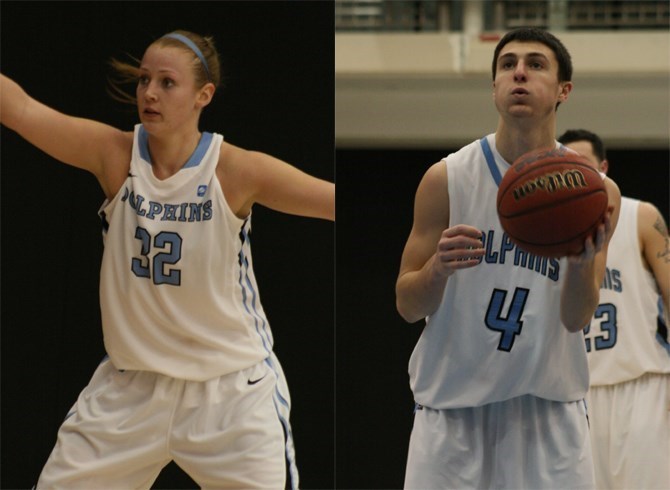