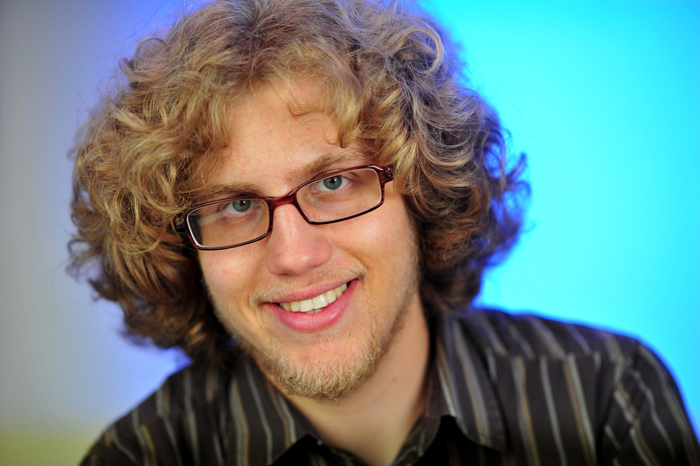 Michael Young, who was also known for his role as founder and editor of the humor magazine Operation Three-Legged Dolphin, is currently a Fulbright Scholar, working as an English Teaching Assistant in Spain until the end of June 2012. “My placement is Instituto Clara Campoamor in Móstoles,” Young explains, “which is part of the Madrid region of Spain. This is the first year that the school has become a part of the bilingual program, which means that some students at the ‘Primero’ level (11 and 12 years old) get English education in all of their classes except for Math and Spanish. As an ‘auxiliar,’ I am part of English, Art, Science, Physical Education, and Technology classrooms, where I serve as a resource to students and teachers as a native speaker of English. I do everything from designing lessons, teaching and correcting spelling and grammar, to leading conversation groups. It’s broadened my abilities as someone who relates to students and as a thinker as well. In my classes I am reminded of my own education and feel a great sense of gratitude for all of the teachers who have led me to being here. I often tell my students that I started studying Spanish when I was their age, and because I studied in middle school and continued to study through high school and college I was able to have the opportunity to come teach in Spain.”

Although he began his study of the Spanish language at an early age, Young says, “My CSI education has prepared me well for this role. My Spanish minor has helped me tremendously, as it gave me a level of Spanish proficiency on which to build during my time here. My American Studies major has been useful as I explain to students various aspects of American culture, such as our music, art, geography, and sports. Fulbright was started to promote cultural understanding and communication between people of different countries and what better way to share my culture than to draw upon what I have been taught in college? And my Studio Art minor comes in handy as I work in Art classrooms and incorporate visuals into a lot of my lessons. I have drawn upon all of my experiences at CSI as a toolbox for being an effective teacher who brings something into the classroom. Also, CSI faculty were key in helping me prepare my application for the Fulbright, so I owe a lot of credit to them.”

After his Fulbright appointment is over, Michael notes that he “can see myself continuing down the road of education in some capacity.”