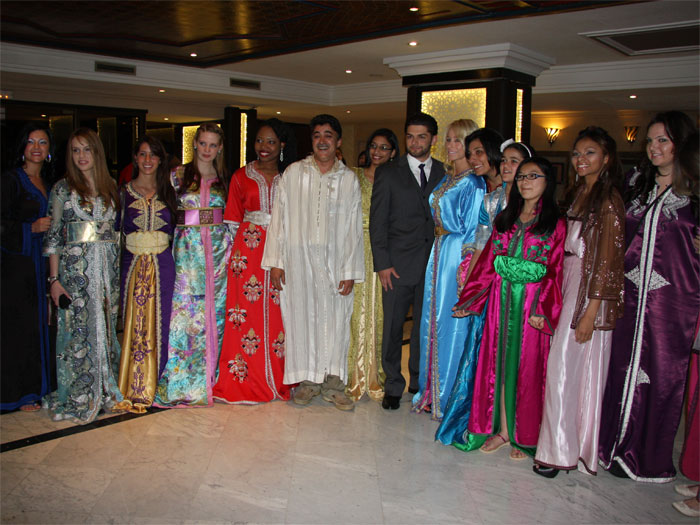 Many college students spend spring break relaxing on one of Florida’s famous beaches, soaking up the sun while preparing themselves for the late semester push that can make or break so many college undergrads.

However, some spend the break presenting at scientific conferences, as was the case with 38 CSI students who attended the 18th International Taurine Conference in Marrakech, Morocco. 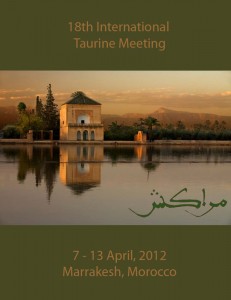 The group of 38 students, consisting mostly of CSI undergraduates, included students in the C-STEP program and The Verrazano School. There were also graduate and PhD students who participated. Students joined faculty from all over the world, many of them experts on the amino acid and its effects on different organ systems, as well as its effects on a wide variety of diseases.

Several of the undergraduates, including Evelyn Okeke, who was highlighted in a recent CSI Today student profile, presented their research on Taurine along with several hundred faculty presenters at the conference. CSI Graduate students were also among those who presented their work. All of the students were science majors, earning one or two independent study credits for the trip. Drs. William L’Amoreaux and Abdeslem El Idrissi organized the conference, developed the study abroad courses, and mentored the students. Many of the students had worked and studied in the professors’ research labs since they were freshmen.

“We had a huge number of students take part in this study abroad program,” said Dr. Deborah Vess, Associate Provost for Undergraduate Studies and Academic Programs, who assisted the professors in implementing and organizing the study abroad arrangements. The Morocco program is an example of CSI’s faculty-led course abroad initiative, which is now in its second year. The program was so popular that Dr. Vess even went so far as to say that it was CSI’s “most successful faculty-led study abroad program thus far.”

While the point of the trip was to attend the conference, “these students learned so much by just traveling to Morocco and taking part in the culture,” said Debra Evans-Greene, C-STEP Project Director. She also called the program a chance for underrepresented and disadvantaged students “to experience something wonderful and become a major part of the College community.”

Evans-Greene also proudly pointed out that within a week of returning from Morocco, Angelica Grant, one of CSI’s C-STEP students, won first place in the social sciences at the annual statewide C-STEP conference at the Sagamore in New York, presenting in the field of psychology.

The trip to Morocco was not all business, however. This was spring break, after all. The students spent time on excursions such as visiting the Djemmaa el-Fna market place in Marrakech’s medina quarter. 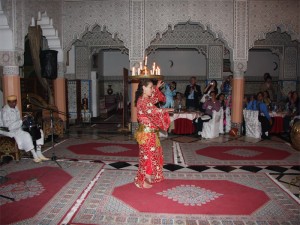 As Victoria Papazian, one of the students who traveled to Marrakech, wrote in her “Dolphins Across the Seven Seas” blog, “It was amazing to see so many people selling different goods and the children running around together and playing games.” The students also visited a huge carpet store and were introduced to the Hassan II Mosque, near Casablanca. The highlight for many of the students seemed to be the Cheez-Ali dinner night, which reminded blogger Papazian of “Medieval Times and Aladdin,” with camel rides and belly dancers.

The program, and the conference, was part of a larger course experience with funding provided for several of the CSI students. Although the cost of the trip (flight, room and board, and conference fees) totaled approximately $2,000 per student, many students received funding from the approximately $25,000 total in scholarships awarded to students this year to conduct research and study abroad.

“This is a model we want to continue,” said Vess, adding that the student’s success at the conference was “a real tribute to our faculty and staff.”

The opportunities presented to the students who joined the program were only half of the equation. It is a tribute to the quality of CSI students that so many of them applied for the study abroad program and spent their spring break leaving their comfort zones in order to take advantage of this once-in-a lifetime experience.