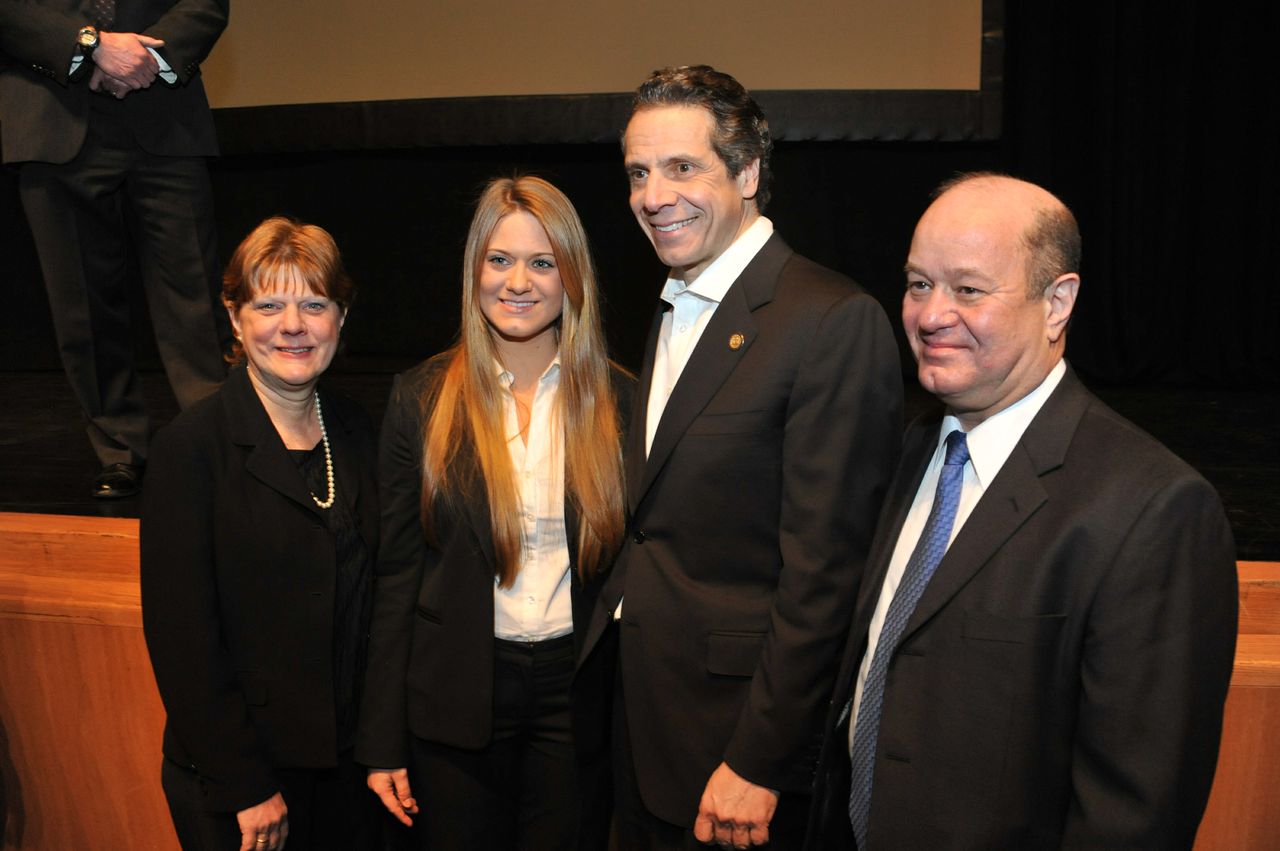 While delivering his State of the State address to a packed Williamson Theatre at the College’s Center for the Arts, the Governor spoke about the condition of Staten Island in the aftermath of Hurricane Sandy, and reviewed his 2013 statewide agenda.

During his presentation, entitled “NY Rising,” he said that rebuilding isn’t nearly enough, advising that we need to “rebuild smarter” by first determining whether specific areas are safe for rebuilding, or better suited for “repurposing.”

Cuomo said he was echoing his father’s sentiments by referring to the College as “a jewel of the CUNY system.”

The Governor was introduced by CSI senior Katherine Brigandi, an Accounting, Finance, and Economics major.

“I felt so welcomed by Governor Cuomo and the other speakers. It was such an honor to meet someone who’s worked so hard and contributed so much to the state,” Brigandi said. “I am proud that I was given the opportunity to introduce the Governor on behalf of my fellow students at the College of Staten Island. It was definitely an experience that I will never forget.”

In addition to her studies, Brigandi is a research assistant with CUNY’s Social Policy Simulation Center.

Launched in 2009, the Center supports analysis of complex social problems by utilizing advanced computer simulations. Brigandi’s work at the Center involves the study of possible ways to avert a Sandy-like catastrophe in the future.

She explained that the researchers, working with information provided by FEMA, are interpreting maps to determine the pattern of damage on Staten Island. The results of the research will help to support Gov. Cuomo’s “rebuild smarter” plan.

Gov. Cuomo referred to Brigandi as “impressive” and suggested the possibility of her becoming “an accountant morphing into a politician, elected official.”