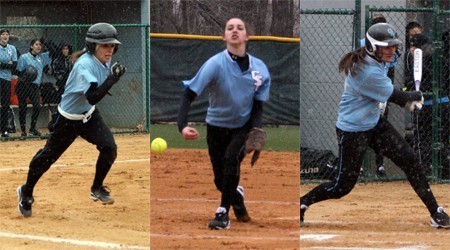 The College of Staten Island women’s softball squad closed out the 2013 campaign with a 15th CUNYAC Postseason title and a trip to the NCAA postseason, and the accolades have followed.  Most recently, three Dolphins were tabbed as Metro All-Stars from the Eastern College Athletic Conference.  Sophomore hurler Victoria Procopio and outfielder Brittany Smith earned first-team honors, while power-hitting slugger Stefanie Solari earned a second-team citation.

Damaging the NCAA statistical database this season, CSI boasted a team batting average of .387, far and away the best mark in the NCAA Division III, led primarily by their three standouts.  Procopio, who doubled duty both in the circle and the outfield, boasted a hefty .446 batting average, spreading out 54 hits, 16 for extra bases including a pair of homers.  The sophomore was second in RBI with 36 and stolen bases with eight.

Procopio was equally dynamic in the circle.  As the team’s ace, Procopio sported a 19-10 personal record with a 3.88 ERA, pitching 164.1 innings.  Her innings logged, wins and complete games (23) all rank second in CSI single season history.

Also making first-team honors was Smith, the speedy sophomore who shattered CSI’s all-time record for career stolen bases in 2013.  Smith was 33-37 on the base paths this season, batting a crisp .363 in the process, leading the team with 50 runs scored, the second-highest total in CSI single season history.  Perhaps most impressively, however, was Smith dynamic work in the outfield, boasting a .968 fielding percentage in centerfield.

Smith also debuted in the pitcher’s circle for the Dolphins as well, boasting a 5-5 record with a 4.78 ERA in 60 innings.

Rounding out the all-stars was the tremendous season by Solari, the lone junior on the 2013 squad.  Solari led the squad with a monster .465 batting average, the 17th-best mark in CSI history.  Solari’s 59 hits were two shy of CSI all-time record, adding a team-best 39 RBI as well.  Solari also led CSI hitters in doubles with 12 and homeruns with three.  The normal first baseman also paced the squad in slugging percentage (.709) and on-base percentage (.496).  On the diamond, the New Jersey native was equally up to task, sporting a .977 fielding percentage in 214 chances. 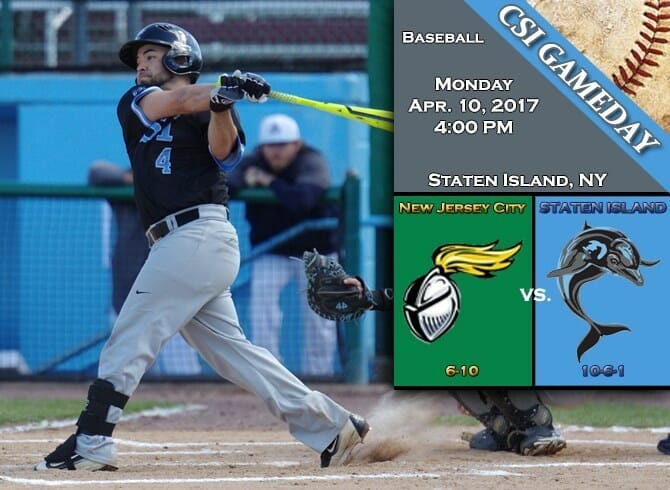