This is WEEKEND EDITION from NPR News. I’m Scott Simon. Another tornado tore through central Oklahoma last night. Nine people were killed, including a mother and her infant; about 90 others were injured. But nature is not through with us. Today is also the start of the hurricane season. The National Oceanic and Atmospheric Administration, NOAA, is forecasting an active season, with seven to eleven hurricanes.

With memories of last year’s destruction from Hurricane Sandy still fresh, meteorologists are working on ways to try to improve the way that they forecast storms and try to communicate warnings so the public. NPR’s Greg Allen reports from Miami that among researchers there’s a particular focus on the threat posed by storm surge.

GREG ALLEN, BYLINE: It was late October of last year and Hurricane Sandy was storming northward in the Atlantic. It began its turn toward the East Coast. Rick Knabb, the director of the National Hurricane Center, tried to emphasize the danger storm surge posed for residents, especially those near New York City.

RICK KNABB: There’s a region where we are forecasting six to eleven feet of storm surge and tide-produced flooding above ground level.

ALLEN: As it turned out, the Hurricane Center’s forecast was on the money. Rising sea water pushed by Sandy’s powerful winds came ashore and brought widespread flooding to New Jersey, Long Island, parts of Brooklyn and Staten Island, where Rosemary Caruso was living just a block from the water.

ROSEMARY CARUSO: It was major. Everything blowing, the waves. I mean, the water had waves in it. It was like the ocean came up on land.

ALLEN: This wasn’t the first time a storm had flooded Staten Island. There were storm surges back in the 1930s, but back then many of the coastal areas were still undeveloped marshland. When Sandy hit, despite warnings, thousands of in vulnerable neighborhoods didn’t evacuate. More than 20 people died on Staten Island, most from drowning.

Jamie Rhome, a storm surge specialist at the National Hurricane Center, says it’s a problem seen in nearly every hurricane.

ALLEN: It’s a threat that Sandy showed is not limited to states along the Gulf and in the Southeast.

WILLIAM FRITZ: The New York area is what I think one of the most vulnerable areas in the entire east coast.

ALLEN: William Fritz is a geologist and president of the College of Staten Island. Months before Sandy, Fritz worked with a colleague, Alan Benimoff, to map areas of the island vulnerable to storm surge. The map proved prescient. The morning after the storm, Benimoff was out on Staten Island charting the surge. In some neighborhoods, he says, it reached 14 feet.

ALAN BENIMOFF: It was terrible. I never saw anything like it. There were houses where the windows were smashed, a great amount of cars submerged underwater.

ALLEN: Fritz is calling for a public education campaign similar to that used in the northwestern U.S. for tsunamis, one that would include signs identifying surge-prone areas and the nearest high ground. Learning from the experience of Sandy, in Florida, Miami-Dade County has recently drawn up new maps dividing the county into five evacuation areas, now relabeled storm surge zones.

The new maps have tripled the number of people who live in areas that could potentially be evacuated. Emergency Management director, Curt Summerhoff, says that’s nearly two million residents and that’s most of the people who live in Miami-Dade County.

ALLEN: In a hurricane, emergency managers advise residents to shelter in place when at risk from high winds. But it’s storm surge that causes the most damage and which claims the most lives, and that’s why they say to evacuate. Efforts to get that message to the public are also under way at the National Hurricane Center.

RHOME: Notice here that the ocean is not blue, and how that draws your eyes more to the land.

ALLEN: In the briefing room at the National Hurricane Center, storm surge specialist, Jamie Rhome, is demonstrating one of the new tools he’s helped design. It’s graphics and mapping software designed to be read and easily understood by the public. Instead of technical terms, like height above mean sea level, the map tells coast residents how deep the water is likely to be in their neighborhoods. And Rhome says it’s color-coded.

ALLEN: The new storm-surge maps were intended to be ready by next year. National Hurricane Center officials say, because of the need and strong demand by emergency managers, they hope to begin using them this summer. Greg Allen, NPR News, Miami.

Copyright © 2013 NPR. All rights reserved. No quotes from the materials contained herein may be used in any media without attribution to NPR. This transcript is provided for personal, noncommercial use only, pursuant to our Terms of Use. Any other use requires NPR’s prior permission. Visit our permissions page for further information.

NPR transcripts are created on a rush deadline by a contractor for NPR, and accuracy and availability may vary. This text may not be in its final form and may be updated or revised in the future. Please be aware that the authoritative record of NPR’s programming is the audio. 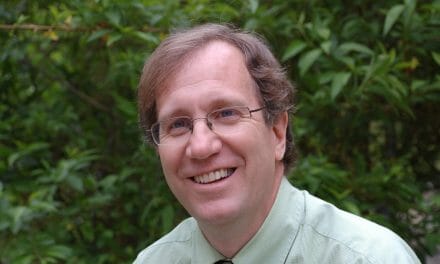