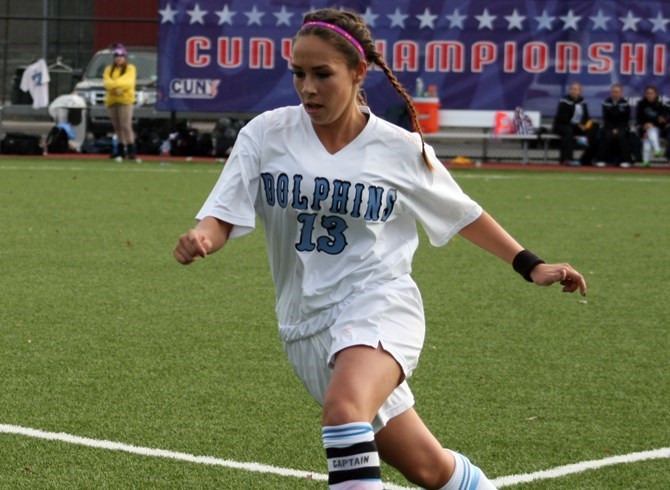 It was quite the season for the College of Staten Island women’s soccer squad, and the Dolphins capped their very productive season with five postseason citations from the City University of New York Athletic Conference.  Headlining the honors was senior striker Demi-Jean Martorano, who earned her second CUNYAC Most Valuable Player honor after an impeccable closing campaign.  Teammates Samantha Wysokowski, Melissa Gelardi and Amanda Percaccio took home first team-all-star honors while outside back Nicole Molinell earned a second team all-star nod.