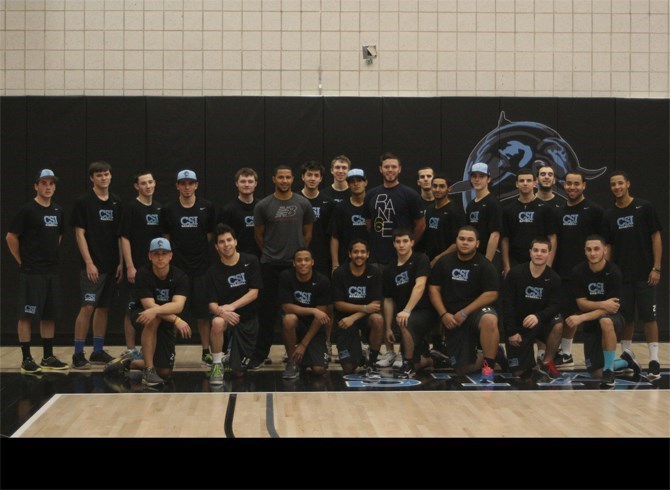 The College of Staten Island men’s baseball team got quite the jump-start to their 2014 season, opening up their first week of practice by welcoming in a pair of Major League Baseball players to the Sports & Recreation Center.  Atlanta Braves’ pitcher and Staten Island resident Anthony Varvaro joined the Dolphins for their pre-season conditioning this week, as did New York Mets’ minor-league southpaw Darin Gorski.  The duo is set to report to Spring Training soon, but not before donating their time to the Dolphins, offering instruction and guidance to the CSI players and coaches.

CSI Head Coach Michael Mauro, who negotiates the visit each year in January-February, sees the experience as valuable to all the people involved, but for the student-athletes especially, the visit by Varvaro and Gorski is an exceptional one. “These athletes are larger than life to our kids,” he said.  “We all have dreamed of being a Major League Baseball player and these guys are living proof that hard work and talent gets you there.  For our players to be able to recognize that and listen to and work out side-by-side with them makes us so much better.”

Mauro knows that working with major leaguers is something few NCAA Division III student-athletes get a chance to do. He uses the time not only as a recruiting tool for future CSI ball players, but also to fortify friendships and build the bridges between these stars and their local community.

“For Anthony and Darin, it’s a chance to get their arms and legs going before they go through their own grind in their respective cities, and they get the chance to work with our kids in their own backyard in the process,” he said. “We all take it very seriously and it’s a chance for us to really work hard, but we also share a lot of laughs and good times and our kids get a true sense of what it takes to achieve great results that we aspire to.  Even as coaches, it really helps us focus and appreciate the game.”

Varvaro, 28, is a Curtis High School graduate and made his MLB debut with the Seattle Mariners in 2010, spending the last three years with the Atlanta Braves. He enjoyed his finest year in the majors in 2013, appearing in 62 games, sporting a 3-1 record and a 2.82 ERA.  Varvaro fanned 43 batters in 73.1 innings pitched, also picking up a save.  The right-hander spent an entire week side-by-side with the Dolphins last year and was quick to accept the invitation again this week.

“To be honest, it’s just awesome,” said junior co-captain Will DiFede, a reigning CUNYAC All-Star and former Rookie of the Year.  “The motivation they give us and the guidance is great.  To have them around giving us proper direction is very valuable.”

Gorski, 26, was drafted by the New York Mets in the 7th round of the 2009 Major League Baseball June Amateur Draft, and has spent the better part of his career progressing through the Mets’ minor league system.  Gorski is coming off of a very successful 2013, where he posted an outstanding 6-1 record and 1.83 ERA in 13 starts at AA Binghamton of the Eastern League.  The 6’4″ southpaw is a native of Pennsylvania, having graduated from Kutztown University.

“You realize that these players had that one thing that separated them from their college teammates to move on and make it to the next level, and that is their incredible work ethic and work rate,” said senior co-captain Chris Ramanauskas, who led CSI in a host of offensive categories a year ago.  “As a college baseball player it is very motivating to get to work with them and gain that level of insight.”

For Mauro and his pupils, the chance to work with the star quality at practice does a lot for the Dolphins’ mental game, dialing up that competitive focus.

“One of the things we have to do to be successful at our level is stay focused on the goals we want to achieve,” said the sixth-year coach.  “Our season is such a short one and the career of a college baseball player is also very short, so these major leaguers show us the type of dedication it takes to stay at a high level along with the value of playing to the best of your ability to make a great team.”

With almost a week of excellent training and focus in the books, the Dolphins are hoping to turn the page as the weather warms to get live game experience. For now, the team has been relegated to the indoors, hoping to move practices outdoors in the coming weeks, in time for their own Spring Training competitive trip to Myrtle Beach, South Carolina, in early March. 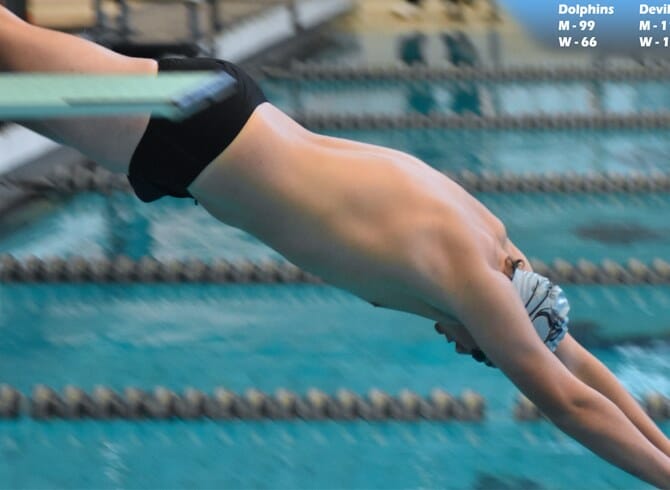 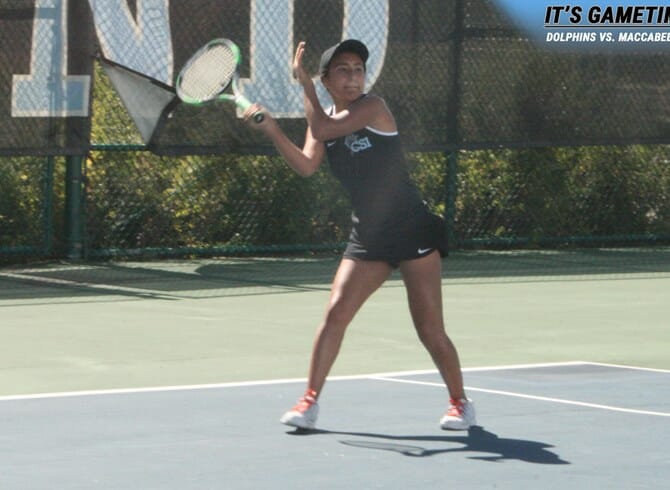