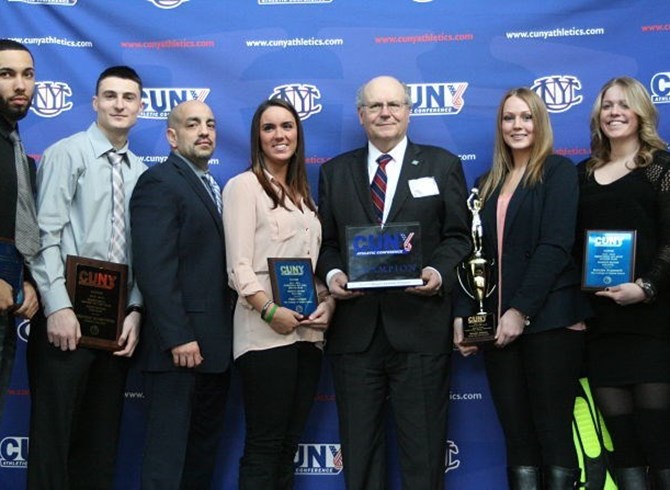 In what was a wonderful afternoon at the Water Club in New York the College of Staten Island walked away with 9 CUNYAC end of year awards at its annual luncheon.

The women were honored first and CSI had two outstanding women on the second team all-star list.  Katelyn Hepworth had an outstanding year as she was finally able to join the 1,000 point club and dominate down low against opponents.  If there was a sixth man award Hepworth would have won that as well as when she came into the game she made an immediate impact as she brought a load of experience onto the floor with her and was able to take control of her team when they were down to help them regain the lead.  Hepworth averaged 12.8 points per game this season while grabbing 8.6 rebounds per game was honored with being selected for the second team all stars.  Nikki Fabozzi, a leader on the team, significantly improved this year which allowed helped her team achieve the level of success they were able to this season.  Fabozzi was also awarded with the second team all-star team selection by averaging 8.3 points, 6.1 rebounds and 2.9 assists per game.  Melanie Johnson was awarded with the well-deserved CUNYAC Most Valuable Player award as she was a stat sheet filler every game.  Johnson’s multifaceted talents allowed her to pick apart defenses to give her the best opportunity to score as she could score from anywhere on the court.  Johnson averaged 17.3 points, 8.2 rebounds, and 2.5 assists per game.  Coach Tim Shanahan was awarded with Coach of the Year as he led the Dolphins to a 19-6 overall and 14-2 in the CUNYAC.

The men were next and followed the same format.  Jonathan Chadwick-Myers amazed the crowd with his quick handles and his ability to drive to the lane and shoot the deep ball with extreme accuracy (42.5%) was awarded with second team all-star honors as he averaged 14.2 points on 52% shooting from the floor.  Javon Cox and Bloochy Magloire were awarded with first team all-star team awards.  Cox was dominant under the basket on both ends of the floor having averaged 13.7 points while grabbing 8.8 rebounds per game.  Magloire lit up the score sheet in every game he played this year with his lights out shooting from anywhere on the floor as he averaged 18.1 points per game on 56% shooting from the floor.  Frankie Schettino was able to snatch the Rookie of the Year award as he dazzled crowds with his no look passes that allowed him to be fourth in the nation in assists per game (7.1).  Schettino also recorded 9.9 points per game.  Coach Tony Petosa got the final award for the Dolphins this afternoon by being awarded with the Coach of the Year award after coaching his Dolphins to a 23-2 record and a #21 ranking (D3hoops.com) in the nation.

The women will host York College on Sunday in the CUNYAC Quarterfinals match while the men will face off against CCNY in the Quarterfinals at 1:00pm in the Sports and Recreation Center. 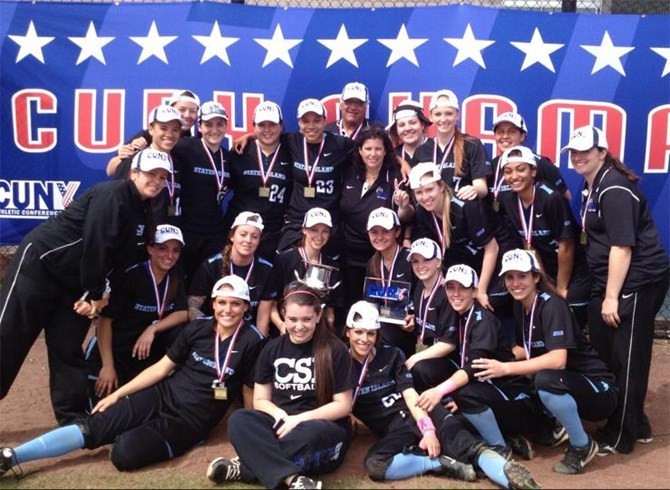