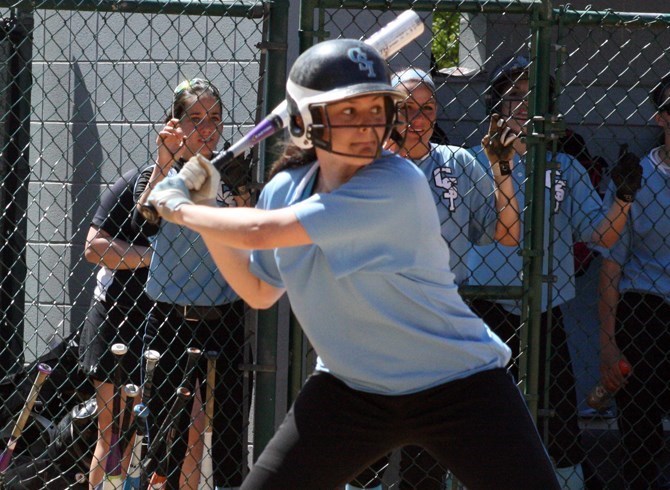 Seems like the more things change the more they stay the same.  For the College of Staten Island women’s softball program that means another year of excellence is on the horizon, where the Dolphins will look to remain atop the CUNYAC standings and eye upward movement on the regional and national scene.  The defending CUNYAC Champs will begin that trek on Wednesday, travelling to Orlando, Florida, for an eight-game swing as part of the Spring Rebel Games, just in time to return home for a rigorous schedule that will culminate in May.  For CSI Head Coach Stella Porto, the hopes are for a repeat of a CUNYAC title for her young Dolphins.

“Every year brings great challenges and as usual we are looking forward to it,” said Porto.  “We’ve had an interesting off season and we have a team that is ready to go.  Getting a chance to be outside, touching the dirt and playing ball is very exciting and we are getting ready to take our game to the next level.”

The Dolphins are ready to pounce.  Boasting no seniors last year, the team has only a pair of seniors this year in CUNYAC All-Star Stefanie Solari and Christina DeCarlo, who returns after a year’s hiatus.  Beyond that, CSI will bring back just about all of the firepower from last year’s unit, including returning CUNYAC All-Stars Brittany Smith, Christina Tufano and Maxine Jasko.  Fellow All-Star Victoria Procopio powered to a .446 batting average a year ago, and also led the way in the circle, piling up an 18-10 record with a 3.88 ERA.  CSI ripped through the CUNYAC to the tune of an 11-1 regular season mark and an undefeated postseason tournament faring, which earned Procopio Most Valuable Player honors.

“We are definitely very happy with our nucleus of returning talent,” said Porto.  “Not only do we have a very talented group, but the experience has brought on more maturity and more confidence so the goal is to keep getting better.  As experienced and as confident as we are, we still have a tremendous amount of potential as well.”

The star-studded returning cast is enough to make CSI a legitimate top contender for this year’s crown.  After all, CSI as a team won the NCAA Division III batting crown last year, and their team batting average of .387 was the fifth highest in CSI single season history.  Porto believes the great year set the bar high, and this year’s team will benefit.

“Our team is obsessed with hitting,” she said.  “It takes a lot of time and work to get better and our entire team is dedicated to the circuit training and getting better.  Knowing that we see a lot of sensational pitching during the year, our players have really embraced the mental aspect of hitting, doing the little things and correcting mistakes.  It’s that type of dedication that is needed if you want to get better, and this team is all about doing it better and better.”

Of course, CSI’s bread-and-butter in the past has been its ability to recruit exciting talent that can make an immediate impact, and Porto feels her team is a winner again in that department.  This year’s unit boasts a healthy seven new faces, three of which are pitchers, making the Dolphins much deeper at a position where they have been thin over the years.  Look for Jacqueline Cautela to be a force in the circle, with Alexa Pedersen and Jackie DiBello adding depth.  Not limited to the pitcher’s circle, Porto contends all of her new faces will see time, especially given the rigors of such a condensed season.

We got a great variety of new talent that will help us in many ways,” Porto explained.  “Our pitching is very deep now and we are going to really be able to keep teams off balance with our pitching which is a luxury we have not had.  We added a fair amount of speed on the base paths, good pop at the plate, and a defensive stopper in catcher Elizabeth Travieso.  I’m excited to see how it all comes together.”

The Dolphins should certainly factor in near the top of the standings this year.  That has become the standard expectation at CSI under Porto, and the start in Florida should help.  Ravaged by Mother Nature, CSI has barely stepped outdoors leading up to what will be their first doubleheader on Wednesday against Albion College and Skidmore College.  CSI then plays three more doubleheaders over four days before returning home for their New York and CUNYAC opener on March 21 against John Jay College.

“The biggest thing for us is to get the kinks out and get the nerves out of our system,” Porto said of the Florida swing.  “This week for us is about having fun, letting go of the tightness, and enjoying the game, but we also play some of the nation’s best programs while in Florida.  We use it as self-assessment for ourselves, focusing on things we need to do and work on throughout the year.  It’s a great way to start.”

With the bar set high, Porto is hoping for a fast start, but more importantly will be the finish.  Queens College will host the CUNYAC Tournament in early May, and Porto wants her team there right up until the end.

“It’s a lot of games packed into a short period of time, so the goal is to stay healthy, and continue to work on our conditioning so we can be strong at the end,” she explained.  “Individually, we have more than enough talent in place to be a very good team, the next 40 games or so will tell us how well we can do it as a team.”

If things break right, the Dolphins are looking for a return trip to the NCAA Division III National Championship Tournament.  CSI has made it to the big show six times since 2004, but have been unsuccessful getting out of the regional round of play, boasting just a 2-12 record in NCAA play.  Porto is hoping to improve on her 243 career wins at CSI, a program coaching record, but hopes that some wins in the bottom line come on that big stage.

“We will be relying on our offense again to really guide us, and I think with our pitching we will be able to make the field shorter this year, keeping the ball down and mixing it up with our depth,”  Porto said.  “We’ve set records that we want to break and have achieved a lot in the past that we want to out-do this year.  The competition will be tough and as champs we will need to be ready.”

Attendance to all CSI home games this year are FREE and CLUE Certified (PG) for all students.