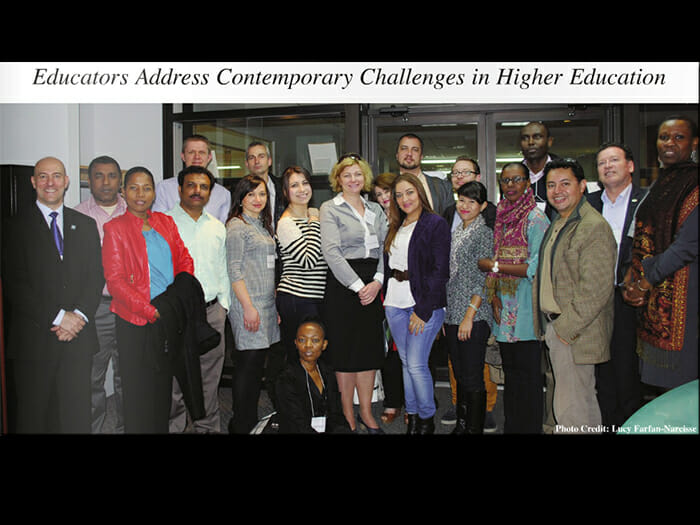 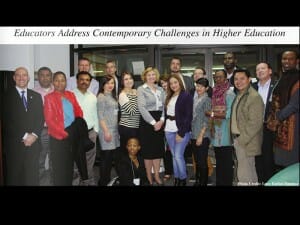 THE BANNER – A delegation of 19 international higher education leaders congregate in the Green Dolphin Lounge in 1C on May 1, 2014. Hosted by the Center for International Service, the International Visitor Leadership Program wrapped up its three week tour of United States’ colleges and universities.

The program was organized by the Office of International Visitors which is part of the Bureau of Educational and Cultural Affairs, a bureau of the United States Department of State. The program was arranged by Ms. Ann Driscoll and Colin Ackerman of World Learning, an international nonprofit which promotes international exchanges of education and developmental knowledge.

Then Interim President, now full time President of the College of Staten Island, William Fritz, was there to mark the rare and influential occasion by welcoming the congregation of international visitors. President Fritz referenced a recent Business Insider article which cited CSI as New York States’ “most underrated college,” as evidence of CSI’s desirability for potential international students stating.

The topic of conversation between the international visitors was “Contemporary Challenges in Higher Education.” With visitors ranging from Armenia, Bolivia and Chile, to the Slovak Republic, Somalia and South Africa, there was no lack of interesting conversation between various cultures and customs which all share a common ideal of the importance of higher education.

Dr. Stephen Ferst, Executive Director of the Center of International Service, pointed out how “unique” CSI is due to the existence of an international service office which sets it apart from other CUNYs. CSI’s blend of community college and four-year degrees is another thing Ferst cited which makes “a particular college like CSI attractive [to educators from abroad].”

After opening remarks by Dr. Ferst, President Fritz and Dr. Michael Kress, Vice President of Information Technology and Economic Development for CSI, the various visitors broke off into multiple groups to network, as well as to discuss challenges facing higher education and CSI’s role on the international stage.

Three of these visitors – Ms. Samira Alvarado Arzate, International Affairs Coordinator and Secretariat of Education for Sonora State University in Mexico, Ms. Maram Albalbisi, Quality Assurance Manager for Effat University in Saudi Arabia, and a representative from Djibouti who has asked to remain unnamed – shared some of their opinions of CSI.

All three mentioned “the wide campus space” and the “large amount of degrees available” as some of the key qualities that make CSI outstandingly attractive to other visitors and potential students.

“CSI is a research campus, which has great importance to many students, especially for those studying the sciences,” said Ms. Albalbisi.

Also present at the event was Mr. Bosco Johnson Rukundo, a lecturer and coordinator for the Masters of Science Economics program at the National University of Rwanda. With Rwanda suffering from social upheaval and economic trouble, and its reliance on the agricultural industry, Mr. Rukundo, more than most people, knows the dire importance of higher education.

“In my country, most people lack higher education and therefore have fewer skills,” said Mr. Rukundo. “We need those critical skills in the sciences to create not only jobs but sustainable jobs that aid in the long term.” Mr. Rukundo indicated that affordable and accessible colleges like CSI make great strides in helping international workers get the skills their country needs. This exportation of knowledge is one of the key themes of the program.

Since the Center of International Service has been on the CSI campus, multiple international students have come to CSI looking for a chance at an affordable and comprehensive college degree and experience.

One of the attendees of this leadership program, Naomi O., is a young woman from Japan who currently attends the College of Staten Island and works for the Center of International Service.

Ms. Naomi O. works as an intern for the Center of International Service, is currently pursuing a Master’s Degree in Business Management, and speaks more than three languages. Naomi moved from Japan to Hong Kong and eventually made her way to the United States, specifically Staten Island, NY.

The group eventually departed from the Green Dolphin Lounge and toured the ongoing Undergraduate Research Conference occurring in 1P as well as the library.

“Contemporary Challenges in Higher Education” is not just the title of this international summit but it is also the theme of most of the struggles facing both the United States and the international stage. With modern technology on the advent and a growing global socioeconomic disparity, it is and will be the continuing focus of attention for world leaders to promote higher education and the dissemination of knowledge to as many people as possible.

CSI now finds itself at the spearhead of new initiatives like these, more so than many other American universities. Promoting internalization of education, CSI now stands as a potential gateway for immigrants, or any other person, to reach the goal of higher education relatively easier than most other colleges and universities in the world.

This article was written by Michael Roach for the May 22, 2014 issue of  The Banner and is reprinted here with permission.  Read more from The Banner> 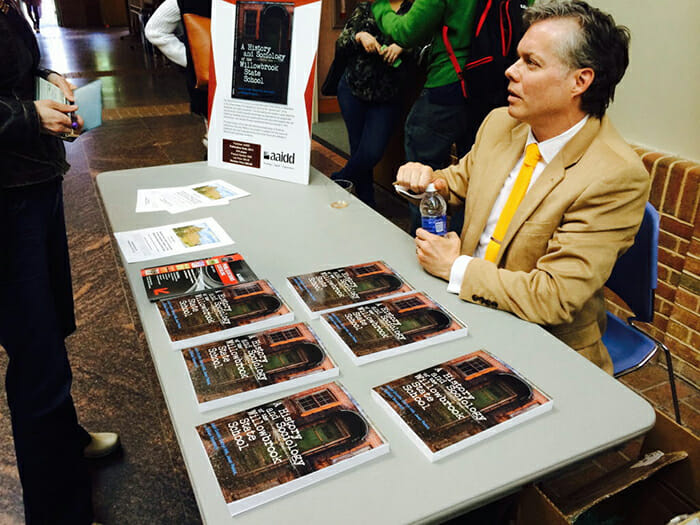 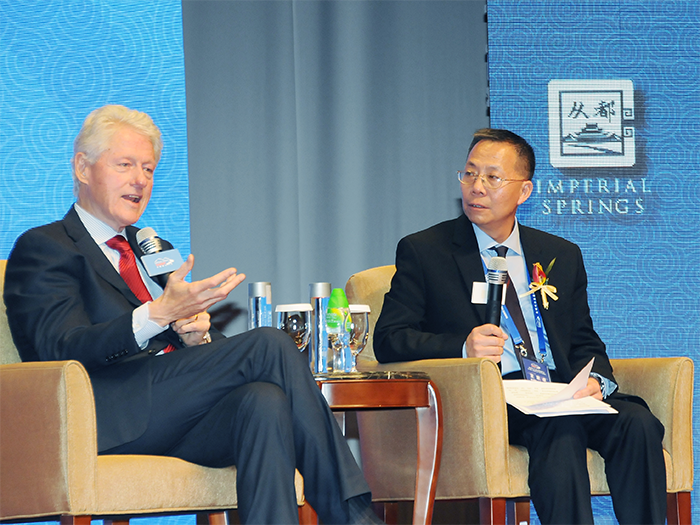