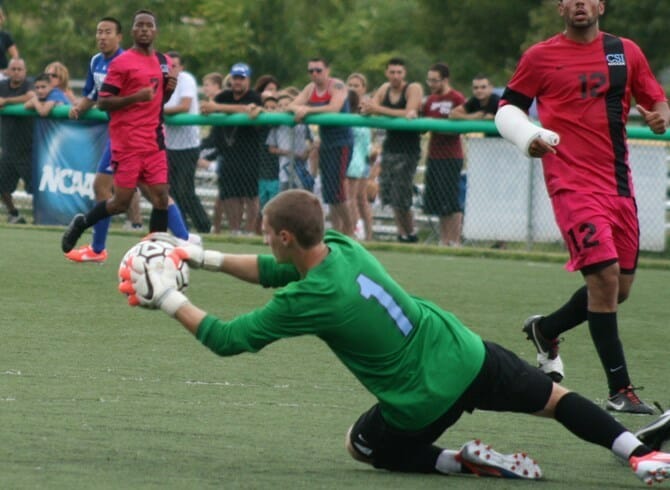 The College of Staten Island men’s soccer squad saw their season-long three-game win streak snapped this afternoon, falling to SUNY – Old Westbury by a 2-0 count in non-conference play in Old Westbury, New York.  The Panthers, who got both goals in the opening frame, improved to 6-3 overall, while the Dolphins fell to 3-6.

Despite the final score, the game was very much even the entire way, and CSI had its fair share of chances, putting up 23 total shots to OW’s 16.  The team’s traded chances, often building offense in spurts and getting off two and three shots in a row on the other’s end of the field before possession would switch.  In the 23rd minute, CSI’s Alfonso Castaneda got a pair of looks on goal, but two straight shots were blocked by the defense, leaving CSI off of the scoreboard.

The Panthers would capitalize moments later.  Oscar Sosa started the threat, sending a cross that found Jose Gomez, who floated a ball over an outstretched John Gioeli in the top right corner to give OW a 1-0 lead at 24:35.

There was still plenty of time for a comeback, and CSI had more looks on goals but could not muster one passed keeper Kelvin Rivera who made seven total saves, four in the first stanza.  Then, with just seconds remaining in the frame, the Panthers scored a back-breaker.  CSI failed on a corner kick late, and the home squad rallied down the field, and a Alexander Routledge cross found the open head of Michael Corvas, who punched it into the twine to give OW a 2-0 lead with 53 seconds to go in the frame.

CSI tried to rally, putting forward a feverish attack in the second half, but even a 13-5 edge in shots could not put forward a goal, and CSI was only able to get three shots through to Rivera, who made all the stops.  With OW sending plenty of numbers back, the Dolphins were only able to get a single shot on goal in the final 25 minutes, and CSI had to swallow the tough 2-0 final.

Old Westbury held the modest edge in corner kicks, 5-4, and CSI was called for 12 fouls next to the Panthers’ six.  Yellow cards were issued to CSI’s Vasyl Fedortsi and Ruben Diaz, while OW’s Anthony Echevarria and Adan Cruz-Velazquez were booked.  CSI was led by Nicholas Bacarella’s seven shots, three on goal.  Gioeli made eight saves in the losing effort, while Rivera finished with a seven save shutout.

CSI will be right back on the pitch tomorrow, hosting Medgar Evers College as part of CUNYAC play at the CSi Soccer Complex at 4pm. 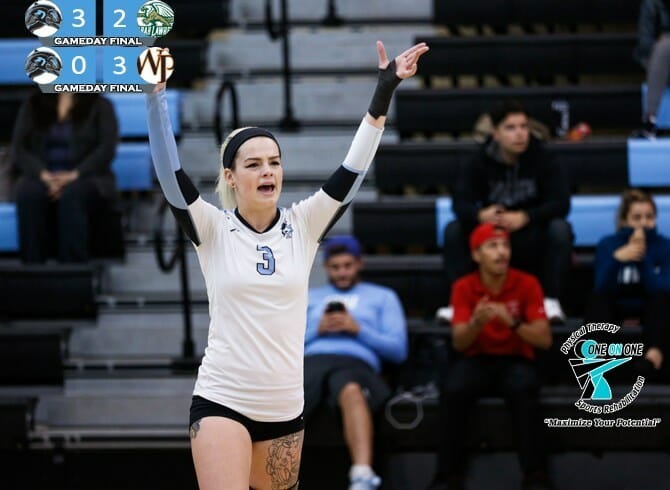 GRANICH HAS CAREER DAY AS DOLPHINS SPLIT AGAINST GRYPHONS AND PIONEERS, 3-2, 0-3 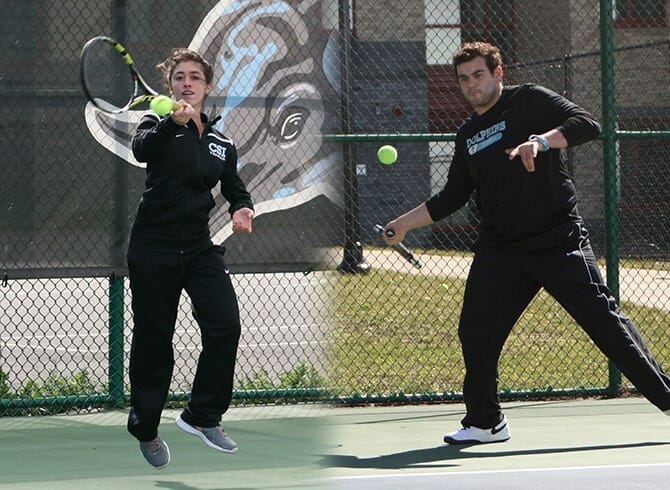