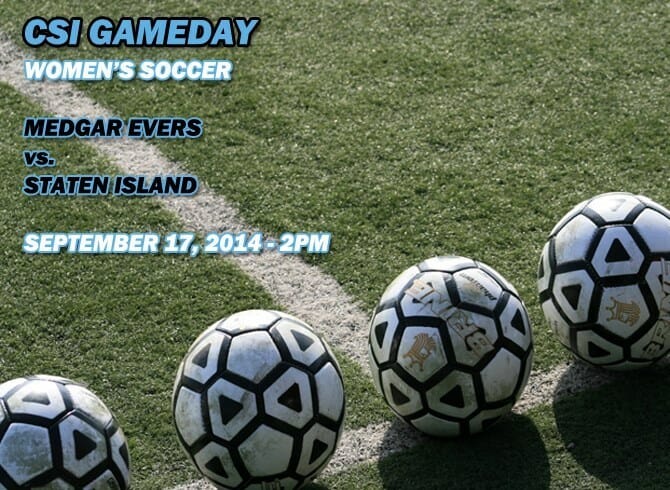 Today the women’s soccer squad at the College of Staten Island will step on the pitch to take on the Cougars of Medgar Evers College in their first CUNYAC game of the season at the CSI Soccer Complex in Staten Island, NY, at 4:00 pm.  The Dolphins come into today’s match with a 1-3-1 overall record, while the Cougars sit at 0-4 overall.

Medgar Evers is coming into today’s match coming off a devastating 9-1 loss at the hands of Sarah Lawrence College.  The Cougars have scored just one goal this season through four games while conceding 46 goals to their opponents.  The Cougars have lost 32 straight games that date back to the 2010 season.

The Dolphins are coming off of a loss to Mt. St. Vincent on Tuesday, September 9 by a score of 2-0.  CSI has just six goals through their first six games compared to last year when they were able to score 25 through the same amount of games.  CSI has won the last four of five meetings against the Cougars with the one loss coming in the CUNYAC Championship in 2010.  Since that loss the Dolphins have outscored the Cougars 29-0.

The Dolphins will next be in action on Saturday, September 20, when they host Lehman College in another CUNYAC tilt at 2:00pm.