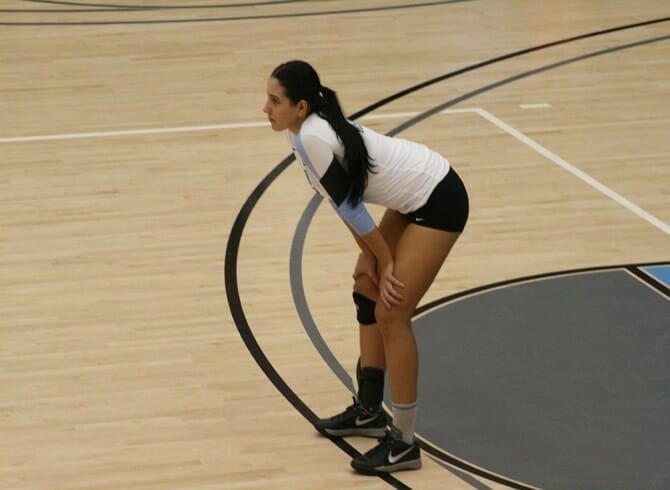 The King’s College women’s volleyball team celebrated Senior Night in Scandlon Gym with a 3-0 victory over the visiting College of Staten Island Friday evening.  King’s, which won by scores of 25-14, 25-18, 25-19, improved to 12-10 on the year while Staten Island slipped to 7-10.

While senior players Mary Loughran, Emily Heimbecker, Kelsie Kramer, and Alyssa Powell all contributed, it was the play of freshman middle hitter Katelyn Shifflett that stood out the most. The Lady Monarch rookie pounded down 14 kills on 20 attacks, hitting 70.0 percent to ignite the Monarch offense.  Selma Kolenov was CSI’s biggest threat, registing 9 kills. a pair of service aces and a team-high eight digs.

CSI will be back in action next Thursday, against York College (NY) on the road at 7pm.

BASEBALL GAME POSTPONED AGAINST PURCHASE DUE TO WEATHER 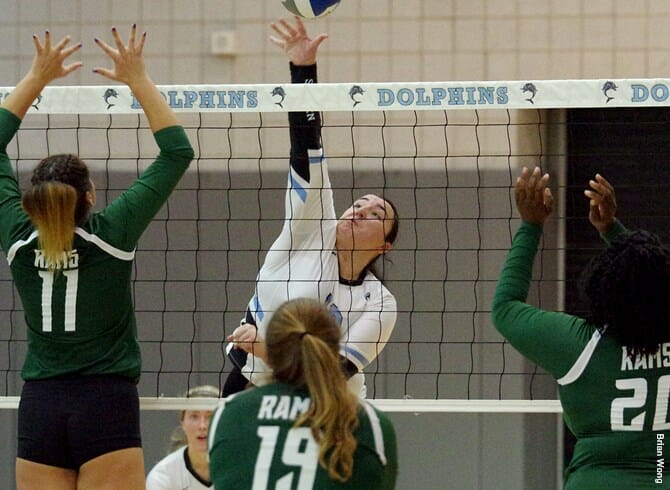