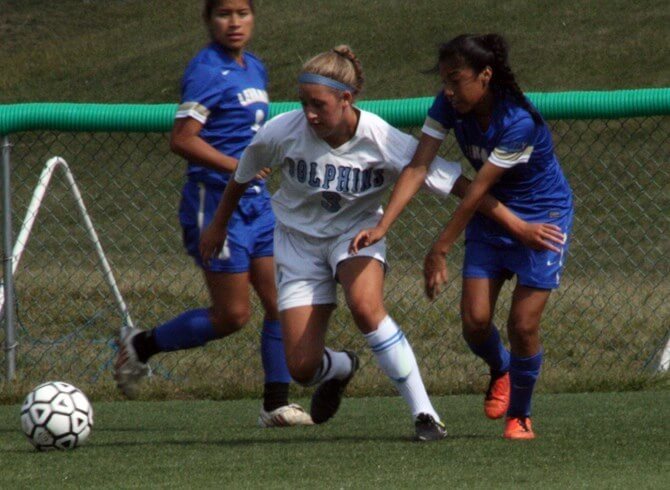 The Dolphins went 1-1 on the week, with their win coming against John Jay College in the driving rain on Saturday.  Smith was a huge piece to the 2-0 win, scoring both goals, her fifth and sixth of the season, with both coming inside of 20 minutes to play.  The win extended CSI’s regular-season CUNYAC unbeaten streak to 22 games.  Missing most of last season due to injury, Smith returned this season, and her six goals lead the squad, and her 18 total shots are second on the team.  She also leads the squad with a pair of game-winning goals, the first of her soccer career.

Defensively, Donegan did not play in the 2-0 win over John Jay, but was nothing short of excellent in CSI’s 1-0 loss to Old Westbury.  Donegan faced a total of 43 shots, and made 18 saves in the game, the second highest of her career and the third highest total by a CSI keeper in program history, dating back to 2004.  For the season, Donegan is sporting a 3-2-1 record with a .854 save percentage and 1.16 goals against average.

The Dolphins are back in action on Wednesday, travelling to Ramapo College for a 3pm tilt.  They return home for CUNYAC action on Saturday, when they host City College of New York, at 12 Noon.