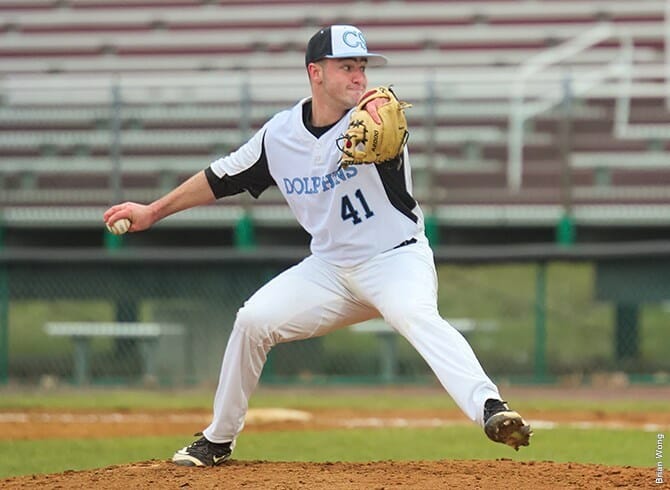 Smack in the middle of a busy week for the College of Staten Island Baseball program, junior pitcher Derek Jentz was named the CUNYAC Pitcher of the Week for the week that was.  Jentz pitched over the weekend against Maine-Preque Isle and was lights-out, helping the Dolphins in victory.

A junior transfer from Kingsborough Community College, picked up his first win of the season in fifth appearance, going the distance in an 11-0 blanking of UMPI.  Jentz cruised, pitching seven full innings, allowing just a single hit while fanning eight and walking none in victory, throwing just 73 pitches.

For the season, Jentz is 1-1 with a 1.17 ERA.  He hasn’t allowed a run in 11-straight innings and in his last four appearances.  He has struck out 14 batters against just seven walks in 15.1 innings pitched.

The Dolphins are back in action today against Mount Saint Mary at 10am, then open up a three-game set against City College of New York on Friday and Saturday.