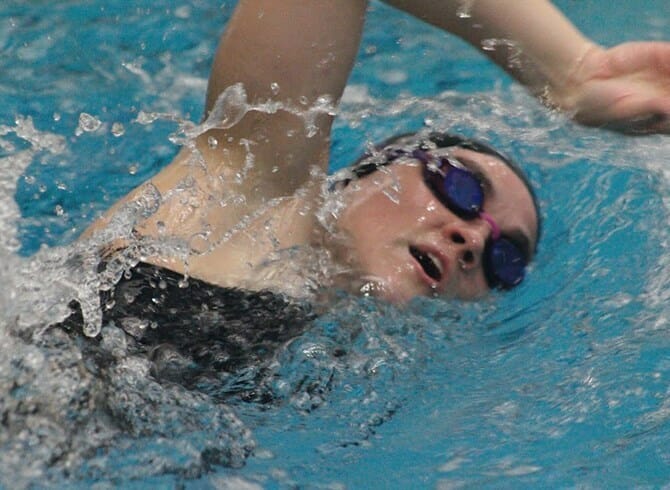 The College of Staten Island women’s swimming and diving team saw their win streak come to an end tonight against CUNYAC rivals Hunter College.  The Hawks were able to come into the Sports & Rec Center and beat the Dolphins 125-112 despite a record breaking performance by Ewa Wojciechowska.

Wojciechowska once again performed admirably as she crushed the school record in the 200 yard freestyle with a time of 2:04.27 a full 9 seconds better than the 2:13.66 set by Carolina Wroblewski back in 2001.  Since Wojciechowska joined the Dolphins she has dominated every event she has raced in and tonight was no different as she took gold in all three events she participated in.

Dakota Dawkins and Victoria Crea both secured a gold medal in their respective events as Dawkins won the 100 yard Breaststroke with a time of 1:10.93 while Crea secured 9 points for the Dolphins in the 50 yard Freestyle with a time of 26.93.
April Bartlett helped the Dolphins tonight as she took first place in both the 1 meter and 3 meter diving events with scores of 214.73 and 219.07.