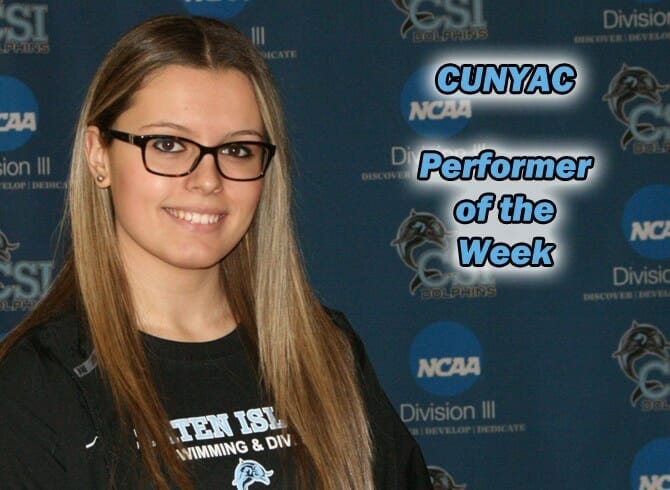 Following a great week and a win over York College, CSI freshmen swimmers Ewa Wojciechowska and Roberto Hildalgo were named City University of New York Athletic Conference Rookie of the Week for their respective programs.  Both men’s and women’s swim teams scored convincing road wins in their lone meet as part of CUNYAC play.

On the men’s side, Hildalgo made his CSI debut against York and was heavily effective.  To kick things off he was a part of CSI’s first-place relay team in the 200-meter Medley Relay with a time of 2:03.56.  In individual events, Hildalgo won gold in both the 50-meter Freestyle and the 100-meter Breaststroke with times of 26.51 and 1:17.49, respectively.

Both swimmers were exceptional again in CSI’s win last night over Lehman, which did not factor into the weekly honor.  CSI returns to action on Saturday, when they visit Sarah Lawrence College at 1pm on the road.