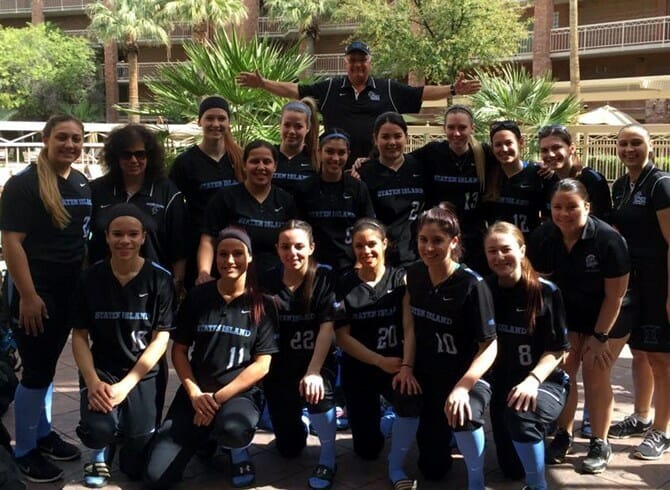 The College of Staten Island dropped the first two games of their west coast swing through Arizona yesterday, dropping a nail-biting, 7-6, game to Alfred University, before falling, 16-11, to Baldwin Wallace University.  CSI starts out 0-2 on the year, while Alfred extended to 4-1 to open the year, and BWU extended their record to 3-5.

In the opener, the Dolphins were down most of the way until a Samantha Bowbliss homerun tied the game at six in the bottom of the sixth inning.  Alfred, ranked 31st nationally by the NFCA, was able to scratch away a run in the final inning to win the game.

In the second game of the day, CSI squandered an 8-1 lead after an inning and a half of play, as BWU chipped away and then scored a combined seven runs in the fifth and sixth innings to take the high-scoring win.  Chyanne Gilliam had a monster game, going 3-3 with five RBI, including a three-run homer in the second inning.

CSI returns to the diamond today for three games.