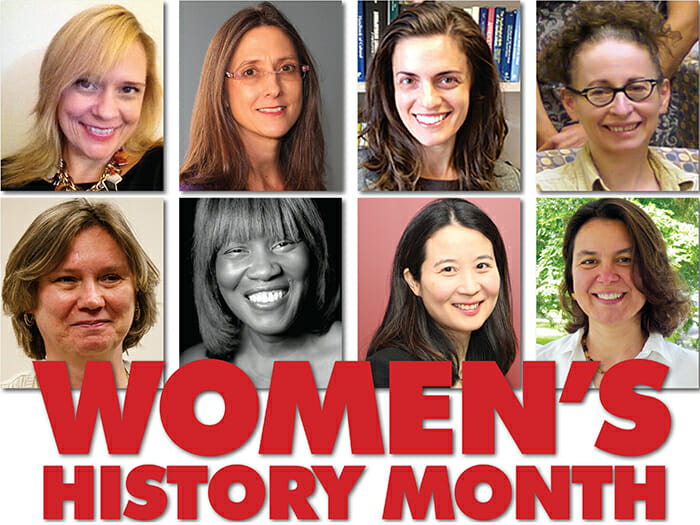 In celebration of Women’s History Month, the College of Staten Island’s Division of Humanities and Social Sciences is honoring women faculty whose accomplishments in their respective fields have recently earned them prestigious national recognition.

Dr. Zara Anishanslin earned an Andrew W. Mellon Foundation Fellowship to complete research for her upcoming book Producing Revolution: The Material and Visual Culture of Making and Remembering the American Revolution. The book will analyze images and objects from 1763 to 1791 to consider the lives of ordinary citizens and elites who participated in the Revolutionary War.

Dr. Patricia Brooks was named a Distinguished Fellow, CUNY Advanced Research Collaborative. Her research explores the effective use of digital tools and computer-based instruction in undergraduate courses with the purpose of providing state-of-the art information for a Teaching of Psychology textbook. The textbook is designed to provide up-to-date instructional methods, practical advice, and research findings on the scholarship of teaching and learning to prepare graduate students to teach undergraduate courses for the first time.

Dr. Lana Karasik received a National Science Foundation grant for her work studying issues that are core to developmental psychology, including questions about cross-cultural consistency in children’s development and the effects of context on early experiences and emerging skills. The study, titled “Effects of Traditional Cradling Practices on Infant’s Physical, Motor, and Social Development,” capitalizes on a rare chance to study effects of restricted movement on infant development by examining the use of a “gahvora” cradle in Tajikistan where the restriction of infant movement is common.

Dr. Barbara Montero received a National Endowment for the Humanities Fellowship for her book that focuses on disproving the notion that when you are really good at something, your actions should happen automatically. Her work aims to show why the idea that thinking interferes with doing is a myth.

Dr. Irina Sekerina received a Fulbright Fellowship as well as a National Science Foundation grant to conduct the Workshop on Bilingualism and Executive Function: Interdisciplinary Approach, which will take place on May 18 and 19, 2015, at The Graduate Center, CUNY. The two-day workshop will include researchers who will bring their interdisciplinary perspective to the question of how bilingualism is related to executive function.

Patricia Smith received a Guggenheim Fellowship, as well as the 2014 Library of Congress Rebekah Bobbitt Prize for her book, Shoulda Been Jimi Savannah, which explores the second wave of the Great Migration, detailing her parents’ move from the South to Chicago and being raised as an “up North” child swayed by Motown. Patricia Smith’s work has been featured in editions of Best American Poetry and Best American Essays.

Dr. Esther Son‘s research earned her a grant from the Maternal and Child Health Bureau, Health Resources and Services Administration, U.S. Department of Health and Human Services. Titled, “Racial and Ethnic Disparities in Children’s Early Diagnostic and Health Services,” the study investigates racial and ethnic disparities in pathways to diagnosis and early service utilization within the vulnerable population of children with autism and other developmental disabilities.

Dr. Christina Tortora received a National Science Foundation grant for her work on the “Audio-Aligned and Parsed Corpus of Appalachian English.” The product of this project will be a one-million-word corpus of Appalachian English. The corpus will be large, publicly available, and searchable online with standard, user-friendly software and will serve as a tool that will contribute to increased empirical rigor in linguistic research. 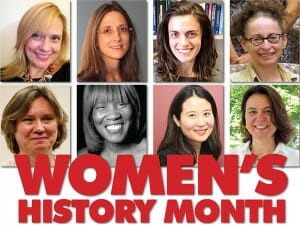