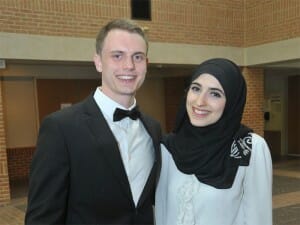 As has become a Verrazano tradition, Professor Charles Liu, the multi-talented Director of the Verrazano School, provided a live piano prelude before welcoming the graduates and guests at the start of the ceremony.

Dr. Fred Naider, Provost and Senior Vice President for Academic Affairs, brought greetings on behalf of CSI President Dr. William J. Fritz and congratulated the graduates on their many accomplishments while wishing them continued success in their future endeavors.

What can be accomplished in 2 million minutes?

[youtube]http://www.youtube.com/watch?v=_x8tdj0qTL8[/youtube]The four years it takes to complete an undergraduate degree is equivalent to either 48 months, 208 weeks, 1,460 days, 35,040 hours, or more than 2.1 million minutes. Stephen Hongach and Abeer Husein, selected through an application process as this year’s Class Speakers, each had a unique take on what could be accomplished in that time.

As a history major, Abeer reflected, “When I had first tried to put four years into context, especially in my field of study, I was amazed. You can accomplish a lot in four years.  It took less than four years for silk, peppers, gems and other commodities to travel from eastern China all the way to one of the greatest civilizations labeled in world history: the Romans. It took Marco Polo four years to travel from Venice to the Mongols’ summer palace in China in the thirteenth century.”

Stephen travelled equally far, from his early college career at Rutgers University where he was focused mainly on athletics, to graduating with distinction from the Verrazano School. He marvels that “In life there are problems to solve, lessons to learn, but most of all, experiences to enjoy. Therefore, all journeys have the potential to be fascinating. They can be fascinating because you don’t always fully know what is going to happen next. They can be filled with unexpected twists and turns, ups and downs. There are times when they can be dark and frightening, but then there are times they can be full of light and beauty.”

A Verrazano education is more than just about grades.

The Verrazano School Honors Program strives to create a culture in which students not only achieve academic excellence in their courses of study but are well-prepared for graduate studies and professional success, and are connected to their local and global community through service and leadership.

The Verrazano Class of 2015 embodies these goals, and indeed their success is not accidental.

During the past four years, more than two-thirds of the graduates participated in undergraduate research and scholarship and presented it at the CSI Undergraduate Conference on Research, Scholarship, and Performance and other venues.

The connection to the local and global community through service and leadership was exemplified in the Verrazano Class of 2015.

Verrazano graduates explored the world through study abroad programs, conferences, and volunteerism in countries including Australia, Italy, Costa Rica, Japan, St. Johns US Virgin Islands.  The national average of college students studying abroad is approximately 2%, but nearly 16% of the Verrazano graduates had an international educational experience.

Seven of the graduates were honored for their exemplary service to the community, and Merlin Raj, a Biology major, was specially recognized for completing over 440 hours of service working with children in an after-school program, helping them achieve academically.

Many Verrazano graduates will continue their education next year, both locally and internationally.

After the ceremony, graduates and their guests made their way over to the Green Dolphin Lounge for a dessert reception to cap off the evening.  The reception kept with the Verrazano tradition of including an assortment of homemade miniature pies with the Verrazano “V” on top, and offered an opportunity for students to celebrate with their families, friends, professors, CSI administrators, and Verrazano alumni. 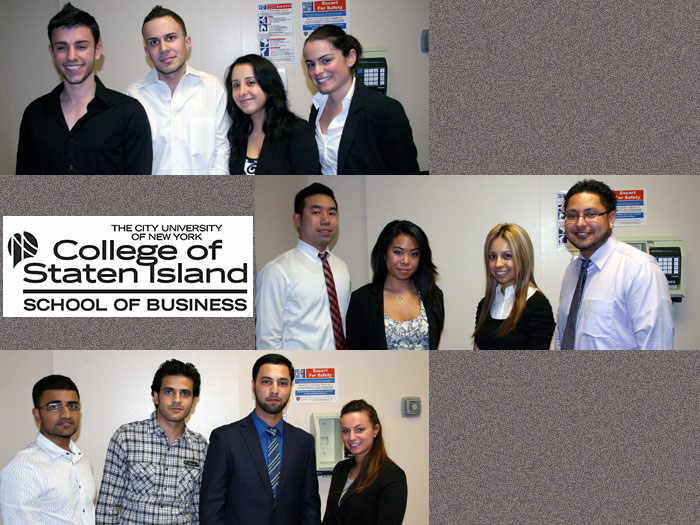 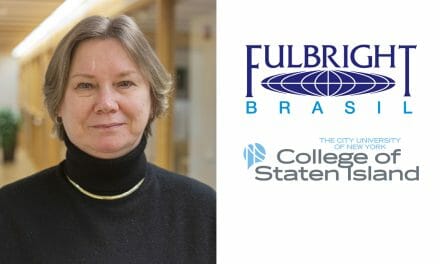