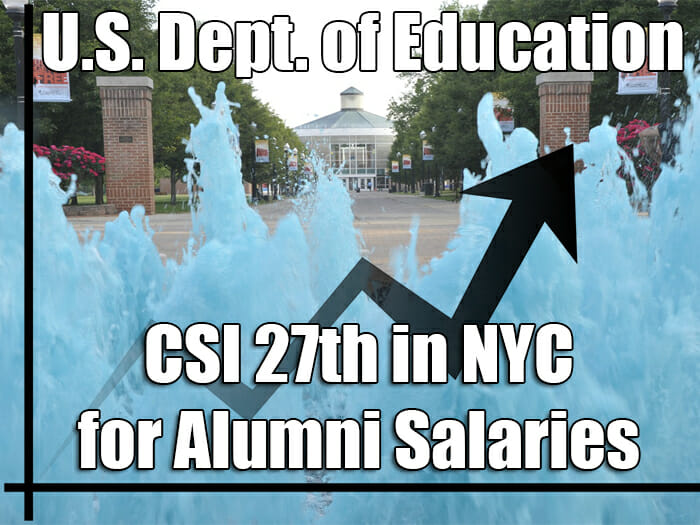 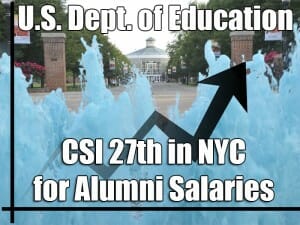 CSI has ranked 27th among top salaries for graduates by the US Department of Education.

The US Department of Education (DOE) has released its findings on top salaries for college graduates after studying 58 colleges in New York City.  The College of Staten Island (CSI) came in at number 27 with the average salary of graduates at $40,600. With SUNY Downstate Medical Center at the top of the list, CSI was in the ranks with Columbia University, New York University and Fordham University. Findings seem to show that pursuing a career in the medical field tops pursuing an expensive education when it comes to salaries. CSI is among 16 City University of New York (CUNY) schools in the list.

College listings can also be found on the DOE College Scorecard site. 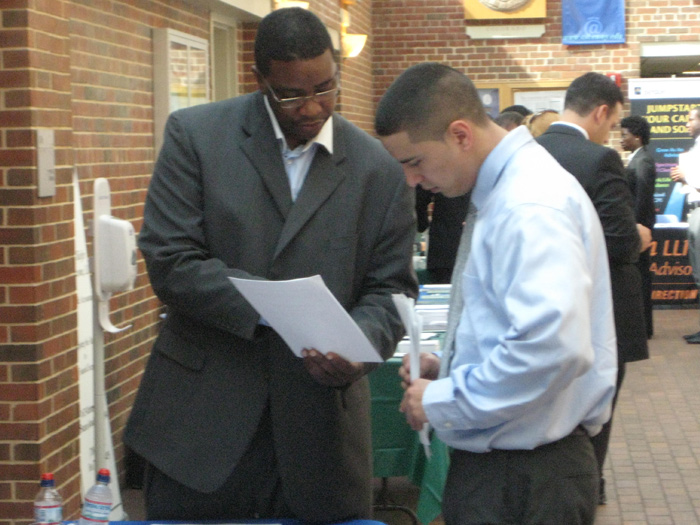 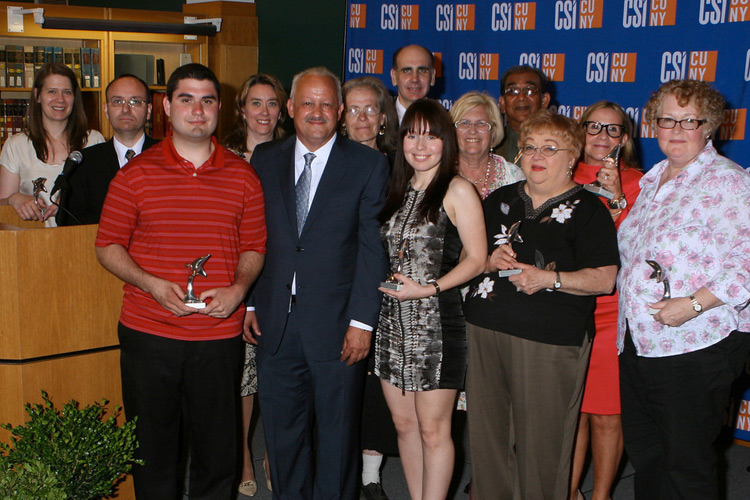