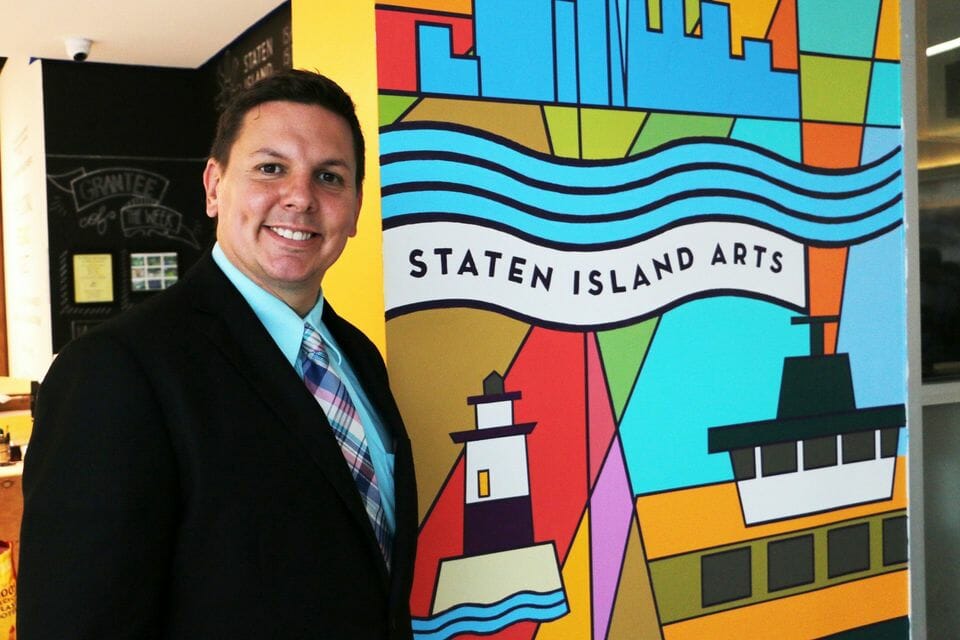 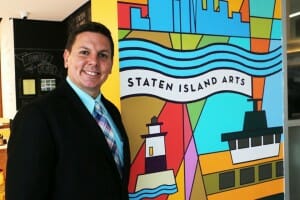 STATEN ISLAND ADVANCE — The borough’s art council has selected a new executive director — he’s not from the North Shore, and he isn’t your typical art type.

The Tottenville native is currently the director of development at the Greenbelt Conservancy. He will direct Staten Island Arts through its next chapter, guiding the organization’s grants and programming.

Hellstrom takes the place of former director Melanie Franklin Cohn, who stepped down in October after seven years at the helm of the organization.

He said one of his major goals is to bring a new constituency into the fold. He hopes to add more programming for students and seniors, and continue to support the growing young art community already present on the North Shore.

Prior to his experience at the Greenbelt Conservancy, Hellstrom was the New York State Publishers’ representative for the nonprofit Oxford University Press, and a staff writer for the Office of the Mayor.

He also served on the Board of Staten Island Shakespearean Theatre — but has stepped down — and is a board member of the All Island Kiwanis Club. Hellstrom holds a doctorate in English literature from St. John’s University and a masters in liberal studies from the College of Staten Island.

Hellstrom grew up in Oakwood and now lives in the Tottenville section of Staten Island with his wife Erika Schaefer-Hellstrom and his two daughters.

We caught up with Hellstrom before he starts to learn about what he has in mind for Staten Island Arts. Here’s what he had to say:

We hear from a lot of folks from the middle and southern parts of the Island concerned there’s not a lot going on art-wise. Being from Tottenville yourself, what are your thoughts on this?

Actually one thing I really want to try to do is really make sure all parts of the Island are covered. I am a South Shore resident, so one of my main goals is to make sure all artists are using venues in the south shore, like the Conference House and spread that art throughout Staten Island. And at the Greenbelt Conservancy, we had an Arts in the Greenbelt program as a way of using our venues to try to promote the arts.

So what are some of the more underserved communities you want to reach out to on Staten Island?

One thing I want to do is make sure the arts are relevant to many different types of Staten Islanders. So there are communities like the Pakistani community that are very tight, there’s a lot of thriving Korean churches. I’m hoping to reach out to these communities and provide new programs relevant to them. We’ll also be doing a lot of work with students, reaching out to schools. And S.I. Arts has some great senior programs, but I’d like to see some new programs to outreach to seniors. A lot of people, like my parents, want to stay on Staten Island, and also have fun things to do.

And how will you stay in touch with the younger arts crowd?

On staff we have really great people who have great ties to this art community. It will also thrive more as the housing market grows on the north shore, so it’s a perfect opportunity to try and create a vibrant arts scene. It’s thriving now but it will increase over time as there’s more development on the North Shore. But the staff we have already has the finger on the pulse on the arts community here, so I’m really lucky to have them.

Since you mentioned the North Shore development, that calls to mind some of the criticisms that this development might commercialize the arts scene already there. What are your thoughts on preserving the culture there?

Any kind of economic development is going to bring new jobs and that’s going to be beneficial to the arts scene. It means employment for younger people and it’ll drive new tourists to all of our great venues, like the St. George Theatre, the Alice Austen Museum, the Tibetan Museum and others. And we’ll use the Culture Lounge to let people know about all of the great things to do on Staten Island. For all the people visiting to see the Wheel, we want them to say, ‘what’s next?’ and check out our venues.

Yeah, and that’s something that’s hot on everyone’s mind, but there doesn’t really seem to be any easy solution.

The game changer is going to be the amount of funding that will be coming to support all these new North Shore initiatives. In the past we’d be talking about transportation to mid-Island venues and the South Shore, but the tourism is going to create new ways of getting people to these venues. Places like the Culture Lounge and Snug Harbor are the easiest to get to, but I’m def going to be working with people at the Conference House and the Tibetan Museum to try to figure out ways to get people to those locations, so that people stay on Staten Island for the day.

We just had a study come out this week, and one of the most startling findings was that only 22 percent of Staten Island households actually donate to the arts. How can you change this?

My main goal at the Greenbelt Conservancy was fundraising, conservation and environmental fundraising. And it’s true that philanthropy on Staten Island is not as high as it in other parts of the city like Manhattan, but one thing I did at the Greenbelt Conservancy was to create programs that directly benefited all islanders, not just appeal toward the typical arts crowd on the north shore. I also want to try to promote events that will benefit students and seniors and also different types of ethnic groups.

What role do you see the Culture Lounge in the ferry terminal serving?

I haven’t had a chance to really look at it yet, but we want to see it be a hub for culture and a place for people to learn about Staten Island venues with all those tourists coming in to learn about Staten Island. But also a great venue for Staten Island artists to use it and drive people into the ferry terminal. One of the great things about it is that it’s accessible by train, so people can come by train from all parts of the island. It’s right in the heart of the north shore, so it’s a great opportunity.

This article by Lauren Steussy was first published June 26, 2015 by the Staten Island Advance and SILive.com and is reprinted here with permission.  © 2015 SILive.com. All rights reserved.

Xuejun You ’95: Bringing International Experience to the Classroom