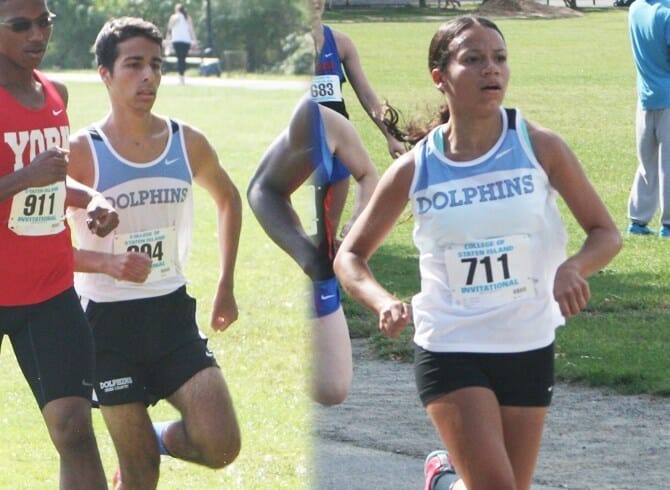 The College of Staten Island men’s and women’s cross country units are coming off of a sensational weekend, and to help put a cap on it the City University of New York Athletic Conference has doled out a pair of weekly awards to the programs.  Andrew Scharf was named the CUNYAC Player of the Week on the Men’s side, while freshman Kristina Morel earned Rookie of the Week honors in the women’s division.

Scharf has been making headlines all season, and the CUNYAC honor is his third in his four weeks competition.  For the fourth-straight week, Scharf led the way for CSI, and this time posted his first first-place finish at the York College 8k Invitational on Sunday.  Scharf ran in with a 28:24.7 time, the second-fastest 8k time this season.  He was one of three CSI runners to finish in the Top 10 of the race and was part of six CSI racers in the Top 20 overall.  CSI won the meet outright in the meet attended by 11 teams.

Morel has had an exciting start to her opening collegiate campaign.  This week, in the 6k installment of the York Invitational, Morel turned in a personal best time of 29:47, good for the fourth-best time for a CSI runner in the 6k this season.  Morel came in 21st overall in the field as well, and was part of a Dolphins’ unit that finished second overall in a field of 12 other teams.

The CSI women’s cross-country unit will be back in action this Saturday for the NJIT Highlander Classic at Branch Brook Park in Newark, NJ.  The men’s team will be idle this weekend.